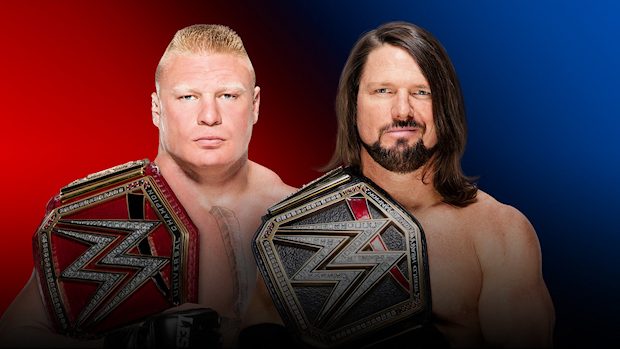 – In a rematch from last year, Universal Champion Brock Lesnar will face WWE Champion AJ Styles in a non-title Champion vs. Champion Match at Survivor Series. Lesnar is said to be happy about wrestling Styles and considers it an easy match for him, which is something that’s not often the case. For instance, Dean Ambrose said that Lesnar had no interest in working his creative ideas into their No Holds Barred Street Fight at WrestleMania 32.

Styles is also looking forward to wrestling Lesnar and thinks he can get the best match out of him in over a decade.

You can watch last year’s match in its entirety below (which WWE posted on YouTube last Friday).

– Here is the trailer for WWE Chronicle: Dean Ambrose, which follows Dean Ambrose’s difficult return from injury, his emotional reunion with The Shield and his shocking betrayal.

Today is a very special day for myself, the #ManOfTheHour ! #HappyBirthdayLio ! You da man! 🎉🎊🎈 pic.twitter.com/YikpkFMhfY