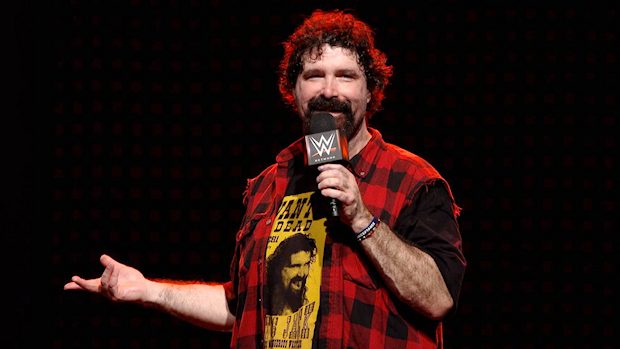 – During a “Fan Q and A” segment after the “Mick Foley: 20 Years of Hell” special event, Mick Foley explains how Vince McMahon provided some words of weight loss encouragement.

– WWE.com has announced that Ruby Riott will go one-on-one with Brie Bella this Monday night on Raw. Here is WWE.com’s preview for the match:

Ronda Rousey’s attempt to defend her title in an Open Challenge backfired when the Raw Women’s Champion drew out The Riott Squad, who dragged presumptive challenger Natalya to the top of the stage, surrounded the wounded titleholder, put the boots to The Baddest Woman on the Planet and forced The Bella Twins to run interference.

The two trios will meet at WWE Super Show-Down, but first, Ruby Riott will go one-on-one with Brie Bella on Raw. Who will pick up momentum ahead of their Six-Woman Tag Team Match? And will the Raw Women’s Champion and Nikki Bella once again find themselves at odds with The Riott Squad? Find out on Raw, airing live this Monday at 8/7 C on USA Network.

In celebration of his birthday, the official Instagram account of the WWE Network posted a clip from his brief stint in WCW in 1992.