Hulk Hogan Asks Fans "Who Did I Forget To Put Over?", WWE Hall of Famer Responds - PWPIX.net

Hulk Hogan Asks Fans “Who Did I Forget To Put Over?”, WWE Hall of Famer Responds 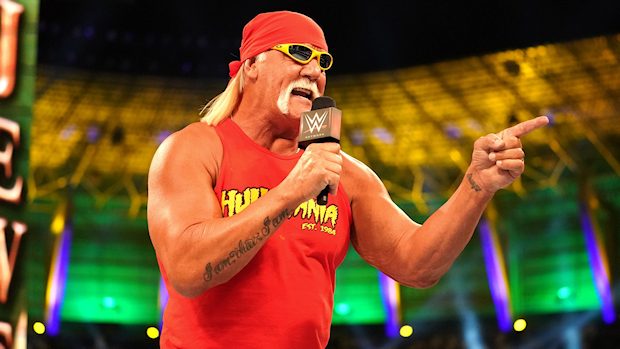 Hulk Hogan took to Twitter on Sunday to ask fans, “Who did I forget to put over?”

“The ” asked this question after retweeting videos of him dropping the WCW World Heavyweight to Lex Luger in 1997 and Goldberg in 1998.

Hogan then brought up losing to “The Genius” Lanny Poffo (on Saturday’s Night Main Event on November 25, 1989, via count-out due to interference from Mr. Perfect) and not getting a rematch.

Hogan responded to a fan who tweeted “Bret Hart in 1993” by writing, “Back then before you were born still drawing huge money era did start yet brother lol.”

In April 1993, Hart dropped the WWF World Heavyweight Championship to Yokozuna at WrestleMania IX. Hogan then appeared and quickly beat Yokozuna for the title.

Another fan responded, “[CM] Punk” and Hogan simply said, “He was still in junior high school.”

WWE Hall of Famer Bubba Ray Dudley tweeted Hogan a GIF of his Bully Ray character in TNA to jokingly remind that “The Hulkster” that he didn’t put him over.

They had a drawn-out feud in late 2012/early 2013, which centered around Ray entering a relationship with Hogan’s daughter Brooke. They got engaged, but their wedding got interrupted by Taz leading a group of wrestlers called Aces & Eights to attack Ray and the groomsmen. A few weeks later, Ray turned heel by revealing himself as the President of the Aces & Eights. Hogan and Ray never wrestled (Hogan’s last match took place in January 2012), and Hogan left TNA by the end of 2013.

During his time as an active wrestler, Hogan was often accused of using his superstar status to hold down younger talent and keep himself at the top of the cards. In an interview with the Orlando Sentinel in October, Hogan admitted it was true.

“Once I got in the [top] spot, to keep the spot, that’s where the politics come in. Everybody goes, ‘Well, Hulk Hogan was a politician.’ Well, thank God I was,” Hogan said.

“That’s why I made more money than anybody, that’s why I kept the belt longer, that’s why instead of a five or six or 10-year run like The Rock or Stone Cold or different wrestlers, I had a 35-year run on top.”