Home / Wrestling News / Here and There / Hulk Hogan Looks Back On The Formation Of The nWo, Taeler Hendrix Heckled Over Jay Lethal At Indie Show

Hulk Hogan Looks Back On The Formation Of The nWo, Taeler Hendrix Heckled Over Jay Lethal At Indie Show 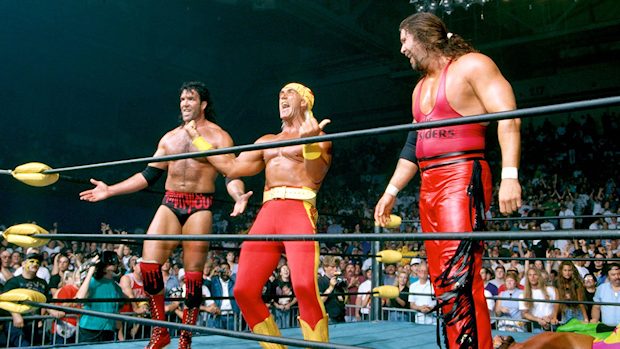 – On July 7, 1996, the New World Order was formed and professional wrestling was changed forever. Hulk Hogan took to Twitter on Sunday to look back at “the biggest turn of all time” and the formation of the nWo with Scott Hall and Kevin Nash.

22 years ago, the biggest turn of all time went down. @SCOTTHALLNWO, @RealKevinNash and I took over the wresting world because the maniacs jumped on 4 Life and it was too sweeeeeet brother! HH #nwo #wwe #wcw #toosweet #4life pic.twitter.com/SJEWJerAom

Hogan concludes his video by saying, “Maybe I should just come back down through the crowd and take over the whole (laughs) WWE for a couple more decades … for life.”

On the 22-year anniversary of the formation of the nWo, Nash posted the following.

– As has been reported, Taeler Hendrix claimed last Wednesday on social media that Jay Lethal sabotaged her career in Ring of Honor in 2017 because she refused to sleep with him. Hendrix worked an indie show on Friday in San Antonio, Texas and fans heckled her over the matter.

While wrestling Barbi Hayden at a River City Wrestling event, fans chanted “Jay Lethal,” “ROH” and a lot worse at Hendrix, according to F4WOnline. She lashed back at the hecklers, although she usually portrays a heel.

Hendrix posted a photo from the show on Instagram and said she “had a great time.”