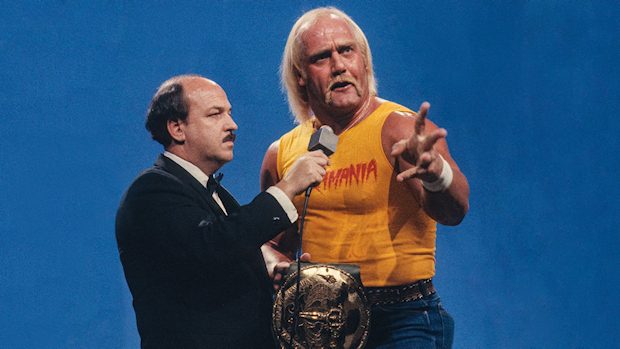 So began many of Hulk Hogan’s most memorable proclamations, making interviewer and backstage personality “Mean” Gene Okerlund a cornerstone of Hulkamania in the 1980s. Now, in the wake of Okerlund’s recent passing, Hogan returns to WWE programming this Monday night on Raw to honor his longtime friend.

In a Twitter post Tuesday night, Hogan called “Mean” Gene “the best partner I ever had” while describing their incredible off-the-cuff chemistry during their backstage interviews. That synchronicity even led to an unusual tag team partnership when Hogan and Okerlund battled George “The Animal” Steele and Mr. Fuji in 1984. Their training sessions before that match, which can be seen below, were perhaps even more entertaining than the bout itself.

Hogan and Okerlund’s friendship spanned the decades, from WWE to WCW and back to WWE. On Monday night, Hogan honors his brother.

“Mean” Gene Okerlund eats and trains like a true Hulkamaniac as he prepares to make his in-ring debut.