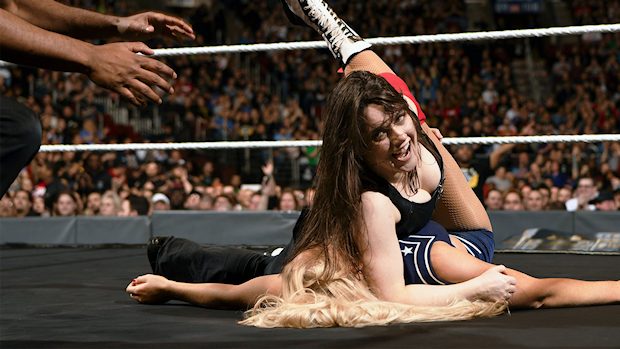 We have learned that with WWE slotting Lacey Evans for Raw, Cross is joining SmackDown LIVE.

There’s no word yet on whether WWE plans on reuniting Cross with SAnitY on a permanent basis.

— Who will take home the 2018 NXT Female Competitor of the Year Award?