Is Brock Lesnar Wrestling At Money in the Bank? 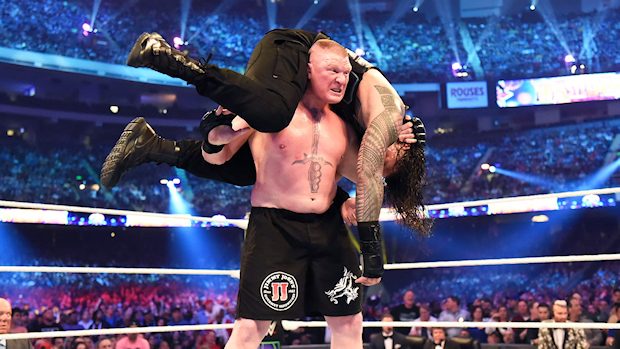 It looks like Brock Lesnar’s Universal Championship reign will extend into the summer.

Dave Meltzer reported on Wrestling Observer Radio after Raw that Lesnar won’t be wrestling at Money in the Bank, which takes place at the Allstate Arena in Rosemont, Illinois on June 17.

After Money in the Bank, WWE’s next two pay-per-view events are Extreme Rules in Pittsburgh, Pennsylvania on July 15 and SummerSlam in Brooklyn, New York on August 19.

Lesnar signed a new contract with WWE after retaining the Universal Championship against Roman Reigns at WrestleMania 34, but the length of the contract — aside from it being short-term — isn’t publicly known yet.

When Lesnar will be making his next appearance isn’t known either. He most recently beat Reigns in a Universal Championship Steel Cage Match at the Greatest Royal Rumble, which ended in controversy as Reigns speared him through the side of the cage.