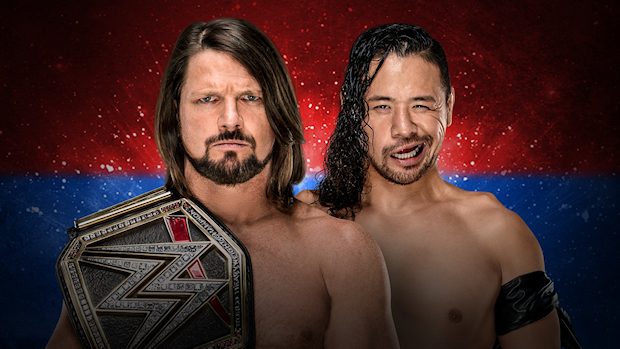 – This past Sunday at WWE Backlash, AJ Styles vs. Shinsuke Nakamura in a No Disqualification Match for the WWE Championship ended in a No Contest after both competitors gave each other a low blow. As a result of this decision, Styles retained the WWE Championship.

At least two other finishes were considered for the match. One was for Nakamura to give Styles a low blow, however, he would injure his hand in doing so since Styles would be wearing a cup. This would then lead to Styles winning the match.

The other was for Nakamura to win the match and the WWE Championship since their feud will continue either way. However, a decision was made Saturday for Nakamura not to win the title.

– In honor of her victory over Charlotte Flair at WWE Backlash, SmackDown Women’s Champion Carmella has promised to throw herself a celebration in London, England next Tuesday on SmackDown LIVE, just days before Prince Harry and Meghan Markle’s wedding.

Here is a promo Carmella cut on last night’s episode of SmackDown LIVE announcing her plan to throw a Royal Mellabration next Tuesday, just days before Prince Harry and Meghan Markle’s wedding.