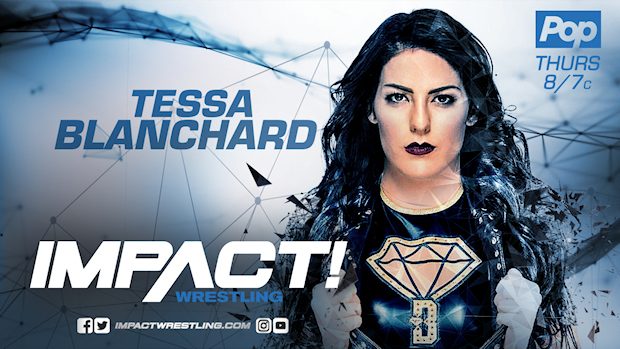 You can expect to see a lot more of Blanchard going forward as Impact Wrestling announced that she has signed with the company and is now an official Knockout.

– Impact Wrestling will once again venture outside of the Impact Zone.

Impact Wrestling announced last night during Redemption that the next time they’ll be on pay-per-view will be their Slammiversary show.

It will be on July 22 and held at the Rebel Complex in Toronto, Ontario, Canada.

We are delighted to announce that Slammiversary will take place on July 22nd in Toronto, Canada. #Redemption18 pic.twitter.com/pEq4Z4Kd9d

– Here is a quick preview of this Thursday’s episode of Impact Wrestling, which will feature the fallout from Redemption last night.

Impact kicks off a new set of tapings starting tonight at Universal Studios in Orlando, Florida, which continues through Thursday.