Jake “The Snake” Roberts on How DDP Yoga Has Changed His Life, Working with Randy Savage, More 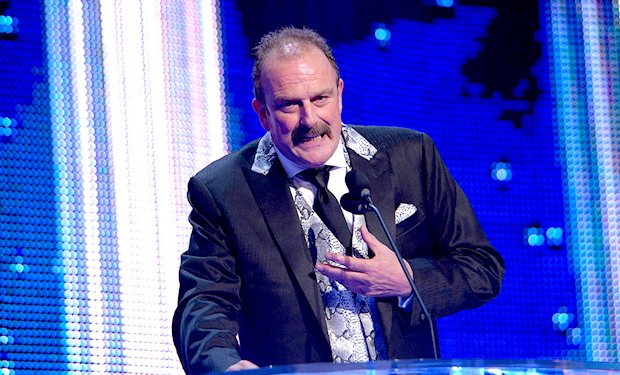 – WWE Hall of Famer Jake “The Snake” Roberts recently appeared on The Two Man Power Trip of Wrestling podcast to discuss his health, DDP Yoga and more. The full interview can be found at this link. Below are highlights:

How DDP Yoga has changed his life:

I feel absolutely unbelievable. To go from where I was to where I am now in the last three years it seems like a crazy roller coaster ride. I had given up on life. I am a poster-boy now. I showed what you can do with the help of DDP Yoga and that you can still have good times in your life.

Keeping up with the program:

It’s not bad. It’s not hard work because being skinny is good. It’s about doing the right things and making sure the next day you wake up with a smile on your face because it makes it a whole lot easier. When you start off slow and build up gradually and you do it smart after a while it becomes second nature. Your body starts to really feel good.

Making the decision to do it was real scary and I’ll be honest with you I didn’t think I would last more than a week. I was drinking and doing cocaine every day and to quit that cold turkey was hard. Nobody does that cold turkey, but I did. Once I got started it was actually easy. Each day I just looked at as one day and then another day, then another and it just started to add up and the next you know I’m on one month, two months, three months and your off.

It was really strong with Randy. He was really high octane. It was a fight every night but we worked hard and absolutely punished each other. When I slapped Elizabeth, he wanted to kill me but you know what, he wasn’t the only one.

Standout memories from his career:

Definitely Mid-South where The Grappler and I invented the DDT, and of course anytime wrestling Andre The Giant was awesome. But Ricky Steamboat was one of the best I worked with no doubt. I enjoyed the time with him. That DDT on the floor in Providence was not a good idea and I tried to warn him but nobody listened to me (laughs). I still have a lot of great moments left. I’ve been so very fortunate to be in the ring with some of the greatest superstars to ever live.