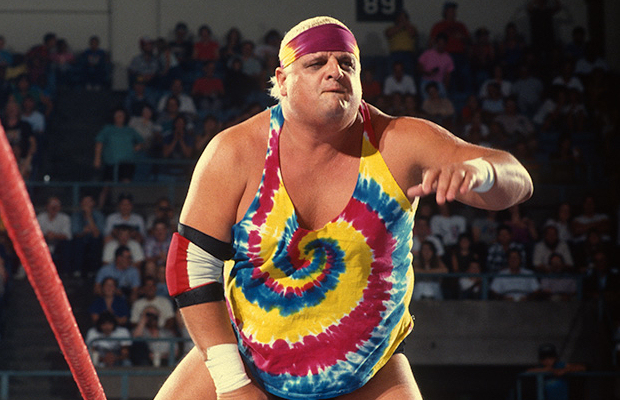 – WWE Hall of Famer “The Million Dollar Man” Ted DiBiase recently appeared on The Two Man Power Trip of Wrestling podcast to discuss the passing of Dusty Rhodes, Mid-South Wrestling and more. The full interview can be found at this link. Below are highlights:

Memories of working in Mid-South:

Mid-South is what started my whole career. The owner of Mid-South Wrestling, “Cowboy’ Bill Watts was and is extremely intelligent and unbelievable at understanding the psychology of our industry and I probably learned more from him then just about anybody. Naming all the guys that came from Mid-South (Jake Roberts, Jim Duggan, Junkyard Dog), they didn’t just come out wrestlers they came out as Superstars. I never actually got a chance to wrestle Jake in Mid-South but my biggest move is when I finally turned from “good” guy to “bad” guy on Junkyard Dog. JYD had a tremendous run down there. JYD really is what started me into becoming an accomplished heel.

Me, Duggan and (Matt) Borne had the Rat Pack. Duggan became a baby face and I had a great run with Hacksaw. The “Loser Leaves Town” Match was like the Gimmick Matches of all Gimmick Matches. We were dressed in tuxedos, we were inside of a steel cage, there was a 12 ft. pole attached to the ring with a loaded coal miners glove that if you got it you could use and on top of all that it was a “Loser Leaves Town” Match.

Bill Watts and Mid-South being the first to run in a dome:

When you talk about running big venues, obviously the WWE has sold out arenas all over the world throughout the years and it seems like every WrestleMania sets a new record. But, I believe l and I’m not mistaken that the first guy to run a dome was Bill Watts when he ran The Superdome. Obviously he didn’t sell it out but that is probably the largest crowd that I remember wrestling in front of at that time.

His match against Jake Roberts at WrestleMania 6:

I loved wrestling Jake all the time. He was easy. As wrestlers call it “doing the dance” and Jake and I dance well together. When you are on the same wavelength and share the same psychology of what a match should be, we had that. I was the heel and Jake was the baby face and it was actually one of the WrestleMania’s where I actually won. But the only reason I won was because post WrestleMania he and I were still going to be working all the time. WrestleMania VI I would say is my favorite WrestleMania match. My first one, WrestleMania IV was the tournament where the champion would be crowned, the last match I had with Randy Savage was a good match and I loved working Randy but Jake is one of those guys I worked so well with.

Wrestling lost an unbelievable wrestler and incredible entertainer, but I lost a close friend. My relationship with Dusty goes all the way back to the beginning of my career. I am one of the guys like Dusty that was on the football team at West Texas State. I was there with Tito Santana, Tully Blanchard and a lot of wrestlers came out of West Texas State. I had actually met Dusty at Dick Murdoch’s house in Amarillo, Texas and when I started in the business, Dusty had already had the reputation of being great. A lot of people look at him and say well he had a sloppy body but what you have to understand was Dusty could have a technical match that I’m known for having . Dusty worked his gimmick and that is “the son of a plumber” and that he was the average man and say that I look like the “common man”. When he became NWA World Champion he said to me that “there were a lot of guys that don’ t think I can carry this belt, but I can do it”. When he came to the WWE, Vince (McMahon) made him the guy in polka dots and Dusty didn’t throw a big fit about the whole thing and he took that and did it extremely well. That’s actually the only time we were able to work a real program and I had the opportunity to wrestle Dusty often. I also helped break in his son Dustin and even to this day Cody and my son (Ted Dibiase Jr.) who were tag team partners are very close friends. My heart goes out to Michelle his wife and those boys.