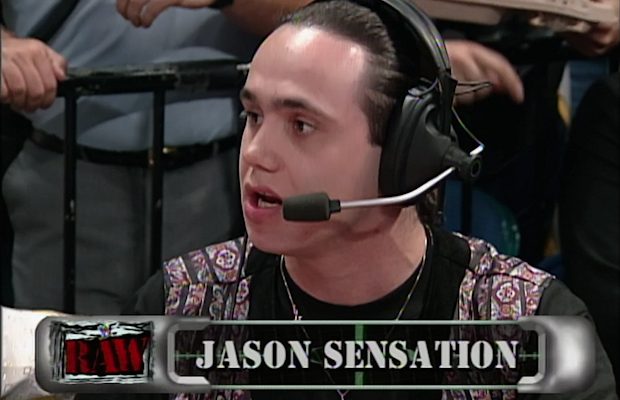 Jason Sensation, who had a brief stint as a WWE personality, caused panic during Raw on Monday night in Toronto, Ontario, Canada.

About an hour before the show, Sensation sent a tweet saying that he planned on committing suicide inside Scotiabank Arena during the show.

“I got my gun through security & will shoot myself in the head & kill myself during tonight’s #RAW in Toronto. Don’t ya dare miss it!!! Thanks for the memories,” Sensation tweeted before his account got deactivated (and then reactivated today).

I got my gun through security & will shoot myself in the head & kill myself during tonight's #RAW in Toronto. Don't ya dare miss it!!! Thanks for the memories @WWE

Police and WWE were notified of the tweet and proceeded to investigate the threat before determining that Sensation was never present at the venue.

Public Advisory, There were numerous tweets to Toronto Police regarding a threat made by Jason Sensation over Twitter. We have been investigating it thoroughly. We are with Mr. Sensation now, he never was at the Scotiabank Arena, there is no concern for public safety, ^gl

Friends, including former WWE creative writer Vince Russo, did not know how serious Sensation was and desperately reached out to him.

“Brother, I hope you’re kidding. Just tried calling and texting. Please, man—you have an army of people out here that care for you. Please,” Russo tweeted to Sensation in a reply to his threat.

Brother, I hope you're kidding. Just tried calling and texting. Please, man—you have an army of people out here that care for you. Please.

Russo later told Wrestling Inc. that he was able to get in touch with Sensation and that the threat was meant as a joke and his friend was sorry for the panic it caused.

I've been detained by Police & forced to stay in the Hospital after sending out that awful, thoughtless tweet last night. I honestly wasn't thinking strait. I am sincerely sorry & apologize to everyone & anyone this affected, especially my loved ones, @WWE & @TorontoPolice.

Sensation is best known for doing a dead-on impression of Owen Hart during an infamous skit where D-Generation X impersonated The Nation of Domination on Raw on July 6, 1998.

Sensation appeared as himself on the following week’s show and did dead-on impressions of Bret Hart, Shawn Michaels, “Stone Cold” Steve Austin, The Undertaker and once again, Owen. This led to Owen assaulting Sensation and putting him in the Sharpshooter.

For his impressions, Sensation landed a WWE developmental contract. Sensation, however, did not accomplish anything of note and was released a few years later.