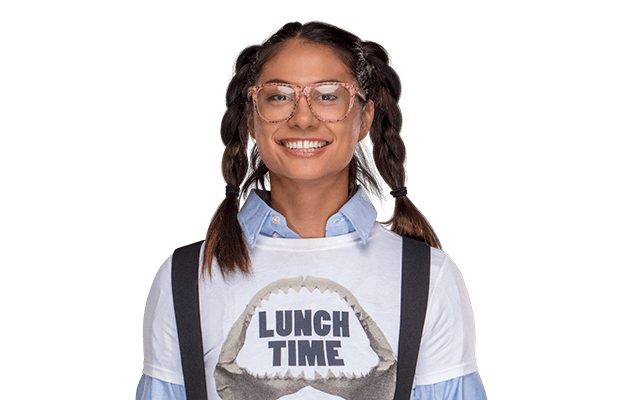 First impressions are everything so WWE will often gauge fan response to an NXT wrestler’s gimmick at small shows in Florida before promoting him or her to NXT television. This is the case with Jessica “Jessie” Elaban, who portrays a child-like character at non-televised NXT live events in Florida.

A self-proclaimed “nerd,” Elaban has been a fixture on the women’s babyface side at Florida shows since making her in-ring debut last October.

Just me being a big goof at #nxtorlando 🤓 I can’t tell you how much I enjoy meeting fans and cheesing! You guys are #AMAZEBALLS 😝 Thanks for tonight! #thejessieshow #superstarnerd #nerdsuperstar #nxt #wwe

My approach to challenges: enthusiasm and smiles because I KNOW I’m going to learn something from them. It takes guts being ok to fail and fall but once you get up you’re closer to being your most excellent self, and to me, there’s nothing more exciting. 😆😁 #learn #nxt #nerdygirl #nerdsuperstar #courage

In addition to wrestling, Elaban occasionally hosts a talk show at NXT live events called “The Jessie Show” where she asks a fellow NXT competitor questions. With so much personality, it only seemed inevitable that Elaban would shift “The Jessie Show” online and it finally has.

At Thursday’s NXT live event in Cocoa, Florida, Elaban tweeted a video of herself hosting “The Jessie Show.” See what happens when she runs into Rhea Ripley.

Then at last night’s show in Largo, Florida, Elaban ran into Aliyah backstage.

Prior to joining WWE, Elaban was a yoga instructor and played volleyball in college at Waldorf College in Forest City, Iowa and Concordia University Texas in her hometown of Austin, Texas.