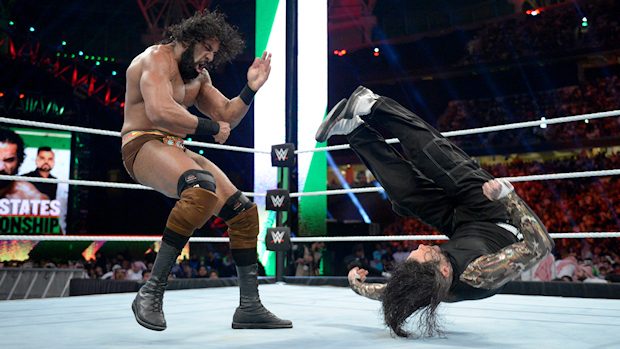 Jinder Mahal tried to win back the United States Championship from Jeff Hardy on Friday at the Greatest Royal Rumble event in Jeddah, Saudi Arabia and he came up short. Not just in defeat, but in performance.

At one point in the match, Hardy went for Whisper in the Wind, missed, and Mahal did this.

Corey Graves immediately acknowledged the botch, saying that the impact of Hardy’s Whisper in the Wind shook Mahal’s knees.

Mahal addressed the botched spot via Twitter, saying he was playing possum.

Relax … I was playing possum #wwegrr