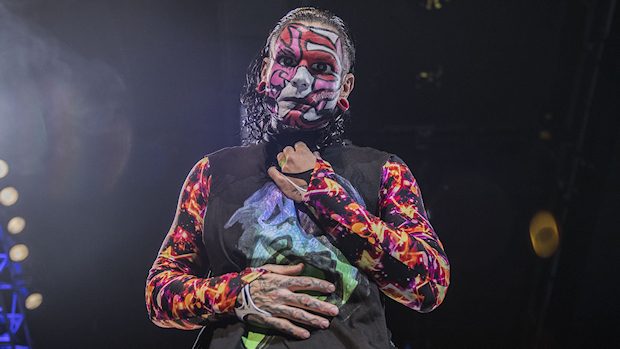 According to TMZ Sports, Hardy was found passed out in a public stairwell (which resulted in his arrest). Hardy admitted to police that he drunk vodka.

Hardy was released the same day on less than $200 bond. He faced a misdemeanor public intoxication charge, but court officials said his case is considered closed since he paid a $153 ticket.

WWE issued a statement on the matter to PWInsider and other news outlets: “Jeff Hardy is responsible for his own personal actions.”

The arrest marked Hardy’s second alcohol-related arrest since last year. He was arrested in March 2018 on suspicion of driving while intoxicated. His blood alcohol content registered as 0.25, which is three times the legal limit.

Hardy has struggled with alcohol and drug addiction during his wrestling career. He served a 10-day jail sentence in October 2011 after pleading guilty to two counts of possession of a controlled substance and one count of conspiracy to traffic.

Hardy is on WWE’s injured list after undergoing knee surgery on May 3. He suffered the injury on April 20 at a WWE SmackDown live event in Madison, Wisconsin during a tag match where he teamed with Matt Hardy against The Usos. The storyline explanation for the injury is that Lars Sullivan injured Jeff during an attack on the April 9 episode of SmackDown LIVE. As a result of the injury, The Hardy Boyz relinquished the SmackDown Tag Team Championship on the April 30 episode of SmackDown LIVE. Jeff then said during a backstage interview that he’ll be out of action for six to nine months.