Jinder Mahal On Working With Randy Orton and The Singh Brothers, His SmackDown Push, More - PWPIX.net

Jinder Mahal On Working With Randy Orton and The Singh Brothers, His SmackDown Push, More 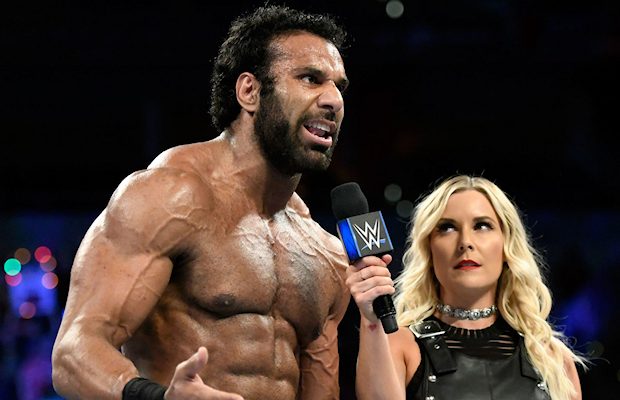 Jinder Mahal recently spoke with Pratyay Ghosh of Sportskeeda to promote the WWE Backlash pay-per-view. The full interview is at this link and below are highlights:

Your physical transformation during your hiatus has been stark. What’s the secret behind your toned body?

The secret is consistency. I literally haven’t had a cheat meal in 3-4 months. I haven’t eaten anything I shouldn’t have. Even now, on the tour, I have my cooling bag with me and I carry 5 meals with me so that I eat every 2 hours. I eat 30/40 grammes of carbohydrates, 30/40 grammes of proteins with every meal.

Then there’s cardio 6 days a week and weight training 6 days a week. I also became straight-edge. I also do a lot of Olympic compound movements. Then there are lots of basic squats, lots of push-ups and other exercises. Overall, from diet to exercise, I’m seeing good results. I’m going to keep getting in better shape because not only do I look better but I feel better. I feel better inside the ring in terms of stamina and endurance, which is important if I want to become WWE Champion and have long matches every night.

What was it like to move to SmackDown Live and being pushed to the main-event scene almost immediately?

What the experience of working with Randy Orton like?

The experience is great. I’m on the European tour so I get to wrestle Randy Orton every night. I try to pick up points every time on how to beat him at WWE Backlash to win the WWE Championship. Working with him is great. He’s a legend in the business. As they say, he’s the legend killer but I think it’s time for someone new to challenge him. I’m younger than him, I’m faster than him and I’m in better shape than him. I’m also stronger than him and don’t have any injuries so I think it’s time for a new WWE Champion.

What are your thoughts on the Singh Brothers?

The Singh Brothers are good. I’ve actually known them for a long time. They were wrestling in Canada before this and it’s good to see them on SmackDown Live also. They were on 205 Live and NXT earlier. Now they’re helping me out (laughs) so it’s good that I have somebody in my corner watching my back.