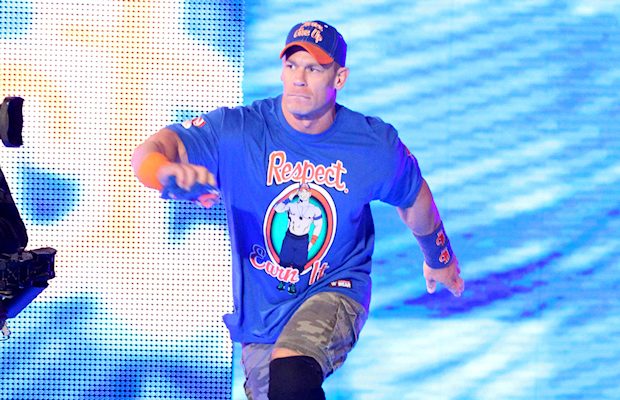 – As noted, Pete Dunne will go up against WWE UK Champion Tyler Bate at the May 20th WWE NXT “Takeover: Chicago” event during Backlash weekend. Below is a video package on “The Bruiserweight” from this week’s NXT episode. Dunne says he survived years of training in the dojos of Japan and that’s what made him the wrestler he is today. Dunne says he’s the best wrestler in Britain, he just hasn’t had a platform like WWE yet.

– John Cena appeared on Variety’s Playback podcast this week to promote “The Wall” being released in theaters this week. You can check out the full interview at this link. Cena talked about getting into acting years ago with WWE Studios movies The Marine and 12 Rounds. He admitted he was just going through the motions at the time. Cena said:

“Those were projects I was kind of told to do and begrudgingly did them. I don’t have any regrets about them, but I just learned a lot about what I don’t want to be involved with and getting involved with something you’re passionate about, and that’s been the key to sustainability to me.”

– Eva Marie will be featured in an upcoming project from celebrity makeup artist Patrick Ta. She posted the following behind-the-scenes video from a shoot she did this week:

Had a blast shooting today with my friend and #MUA extraordinaire @patrickta for an up coming project of his. Stay tuned for him to launch something very special

Had a blast shooting today with my friend and #MUA extraordinaire @patrickta for an up coming project of his. Stay tuned for him to launch something very special 🔥✨💋💄 – Hair: @glencocoforhair 💁🏻 – #BTS #Glam #GlowingFromWithIn ✨✨✨✨✨ 😜