Photo Of John Cena Out On A Date With A "Mystery" Woman - PWPIX.net 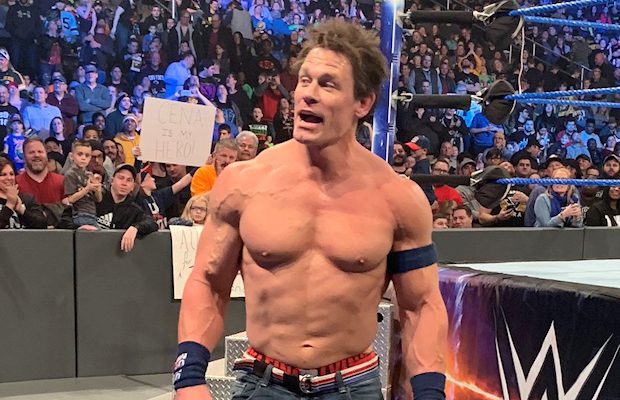 John Cena was spotted out on a date with a “mystery” woman week.

Cena is in Vancouver, British Columbia, Canada filming a movie called “Playing with Fire.” TMZ obtained a paparazzi photo of the WWE Superstar and the mystery women out on the town.

TMZ reports, “We got this shot of the WWE superstar out on the town with an unknown — for now — brunette in Vancouver, and they’re clearly having a great time together. Not only were they cozied up, arm-in-arm together … but the photo agency that spotted them says they enjoyed a 4-hour dinner date!!!

“This was their post-meal stroll … and a pretty romantic one at that.”

TMZ makes mention of Nikki Bella in the report and photo since it’s Cena’s first public date since their breakup last year. TMZ also says the timing of this is “interesting” since Nikki has been spotted frequently with dancer Artem Chigvintsev.

Here is the photo, which appears staged.

Related ItemsJohn Cena NewsNikki Bella News
← Previous Story Stipulations Expected To Be Added To Ronda Rousey vs. Becky Lynch vs. Charlotte Flair At WrestleMania 35
Next Story → Jim Ross Did One Last Thing With WWE Before His Contract Expires