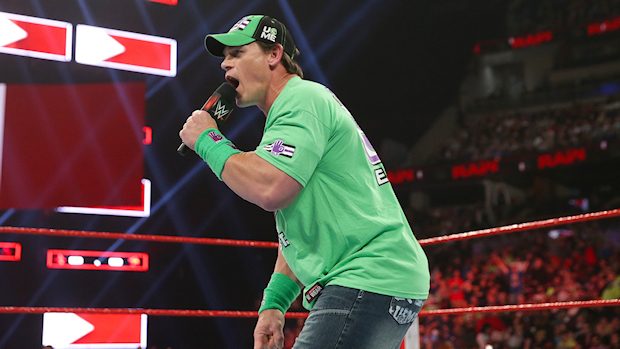 WWE has plans for John Cena to face Lars Sullivan at WrestleMania 35, according to Dave Meltzer in the Wrestling Observer Newsletter published today.

That match may no longer be on the table, however, due to Sullivan dealing with some personal issues.

Meltzer noted that Sullivan was supposed to compete in a dark match prior to Raw in Orlando, Florida, but he either didn’t show up at the Amway Center or left the venue early due to an anxiety attack.

It would appear that Sullivan left the Amway Center before his scheduled main roster debut since PWInsider.com reported that he was backstage — hence our Sullivan could debut on Raw report.

For the past several weeks, WWE has been airing vignettes hyping Sullivan’s main roster debut after a successful run in NXT. Meltzer expected the feud between Cena and Sullivan to begin at the Royal Rumble, but he doesn’t know now if the feud will even happen.

“Nothing else is known, whether they will change plans or how it will be handled,” Meltzer wrote.

“Sullivan was scheduled for a monster push. The Cena match was confirmed and logic would say if he was facing Cena in his first big match, with Cena working limited dates and Sullivan being groomed to be one of the top guys in the company, that Sullivan would have won that match. But we were also told that would be premature and that while the match was on the books, there has been no discussion this far in advance regarding the finish.

“While this was not told to us directly, all hints and signs pointed to the angle getting started at the Royal Rumble. So the Rumble show will likely tell the story as to whether they will go with this program or not. They may feel it’s just something they can work through or they may feel that it’s a risk giving that much of a push to him.”