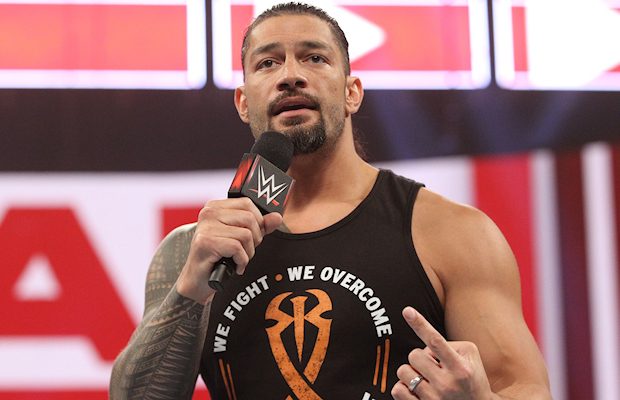 During ESPYS Red Carpet Show Live, Roman Reigns returning on the February 25 episode of Raw and revealing that his leukemia is in remission was announced as the winner of the Best WWE Moment award.

“For to me just to be able to be healthy was the only award I needed. This is just so flattering for everyone to kind of lift me up and show me that support system and love from everybody,” Reigns said. “It was never about awards or anything like that. It was just about awareness, it was just about sharing my story and hopefully someone could use it for a little bit of hope.”

In February, @WWERomanReigns announced that he was in remission and back wrestling!

That landed him the first-ever ESPY for Best WWE Moment! 🙏 pic.twitter.com/Uy415GkHZW

Hear what @WWERomanReigns had to say after learning that he won the first-ever Best WWE Moment award at the #ESPYS! @WWERollins @BeckyLynchWWE @StephMcMahon @TripleH https://t.co/UeTdXjrKsE

The #BigDog is humbled to be the recipient of the first-ever #ESPY for the #WWEMomentOfTheYear!

Coming back meant more than just returning to the ring. It meant I was healthy enough to show my gratitude for those who sent their prayers, who continually thought about me, and that I was ready to raise awareness. Thank you for all those who voted, it is an honor. #ESPYS @WWE pic.twitter.com/u2rGTZkVLf