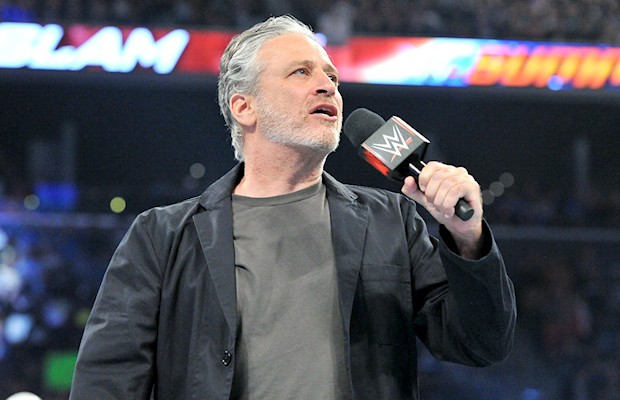 – WWE’s next live event at Madison Square Garden will be on December 26th for the annual Holiday show. The pre-sale begins tonight with the passcode HOLIDAY.

– WWE is selling a special Chris Jericho t-shirt to commemorate his 25 years in the business, as seen below:

– For those who missed it, Jon Stewart of The Daily Show was shown at ringside for tonight’s live MSG special on the WWE Network. He was sitting beside Lance Storm, Don Callis and Dr. Luther during Jericho’s promo on his 25 years. Jericho acknowledged Storm, Callis and Luther. Storm even stood up and got a big pop from the crowd. Below is a photo: