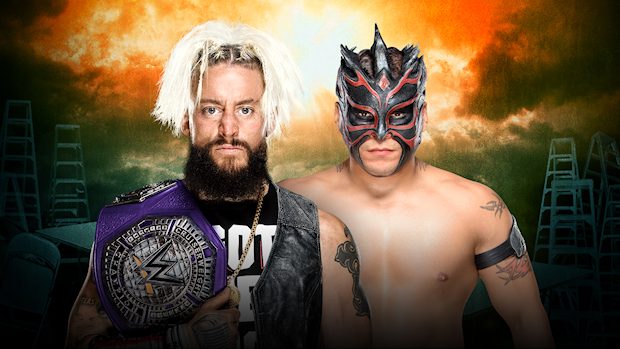 – As noted, Emma vs. Asuka is now official for WWE TLC as Emma won a Fatal 5 Way on RAW to earn the right to face The Empress of Tomorrow in her main roster debut. Below is the latest vignette for Asuka’s arrival:

– WWE posted the following on Nikki Bella’s routine on Monday’s episode of Dancing With The Stars, which was inspired by her WWE comeback:

Nikki Bella is still in the running for the Mirror Ball Trophy on ABC’s “Dancing with the Stars” after an emotional contemporary dance inspired by her 2016 neck injury.

After surviving a double-elimination two weeks ago and a ballroom visit by fiancé John Cena last week, the Bella Twin danced to “Fight Song” with professional partner Artem Chigvintsev on Monday’s show and received her highest mark yet – a 24.

Before her contemporary dance, which took place in a wrestling ring and incorporated silks, Nikki revealed that 2016 was her most memorable year because she had to fight through a neck injury to return to the WWE ring.

“My hunger, my passion for wrestling and the ring, and wanting to be back with my WWE family,” is what Nikki said drove her comeback. “I had that hope. And hope overtook whatever fear I had. That’s why they call me Fearless Nikki.”

With three 8s from the judges, Nikki’s scores are on the rise during the fourth week of competition.

“I thought it showed off not only your dance skills, but your athletic skills,” said judge Len Goodman. “It was strong, it was powerful, it was dynamic. For me, it was it great. Well done.”

Nikki still needs your votes to stay in the running for The Mirror Ball Trophy! Call to vote for Nikki toll-free at 1-800-868-3409. (Save this number, as it will be Nikki and Artem’s number to dial each week!) Note, only your first 11 votes count, and phonelines stay open for only 60 minutes after the finish of “Dancing with the Stars” in your local time zone. You can also vote online 11 times at dwtsvote.abc.go.com.

– New WWE Cruiserweight Champion Kalisto tweeted the following after his big win over Enzo Amore in this week’s RAW main event, which was a Lumberjack Match: