Kane Says Jinder Mahal Is Who Ever WWE Star Should Strive To Become - PWPIX.net 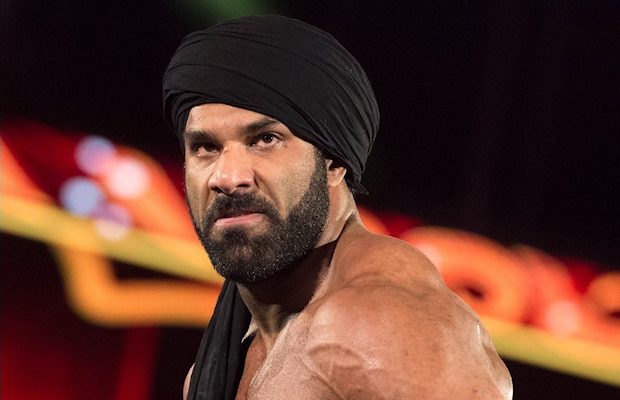 When it comes to Jinder Mahal, Kane says that wrestlers who have been let go by WWE should look to him for inspiration.

“His is a great story,” Kane said in an interview with Times of India. “He was in the WWE years ago, then left [the] company. And then really improved both in his wrestling and his body and came back and became a world champion. I think a guy like Jinder Mahal is really what every WWE Superstar should strive to become.”

Kane also sees huge potential in the man he’s been feuding with since returning to action last month, Braun Strowman.

“Braun Strowman is doing a great job and he is going to have a great career in WWE,” he said. “I think at the end of the career he will be known as one of the great big men ever.”

Kane will face Strowman during WWE’s event in New Dehli, India on Dec. 9.

“[The] India tour is going to be a great event,” Kane said. “All [of the] big Superstars are going be there: Triple H, Jinder Mahal, The Shield, Samoa Joe, Cesaro and Sheamus and the match with Strowman, it is going to be a big match; two big guys doing their best to prove who is the dominant big man in the WWE.”