Home / Wrestling News / WWE News / Kevin Owens on What He Wants to Take from John Cena, Why He Attacked Machine Gun Kelly, More

Kevin Owens on What He Wants to Take from John Cena, Why He Attacked Machine Gun Kelly, More 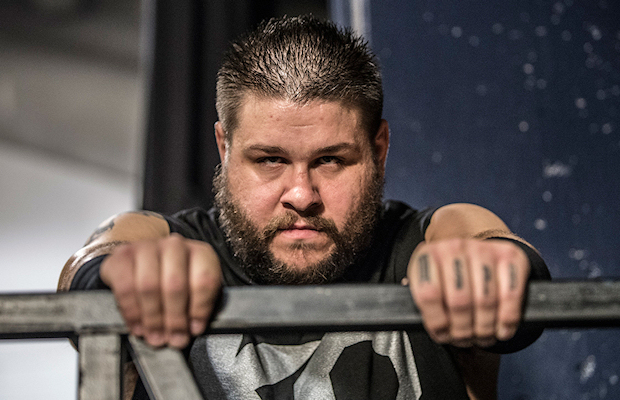 – As seen above, this week’s sitdown interview with Michael Cole features WWE NXT Champion Kevin Owens. Below are highlights:

* Cole asks about Owens attacking Machine Gun Kelly on RAW. Cole notes The Authority made Owens issue the public apology on Twitter but says it didn’t come off as heartfelt. Owens says it is what it is – he got carried away. He wanted to apologize and sent out the tweet, that’s that. Cole asks why he attacked a guest of WWE. Owens asks why MGK walked out on stage in the first place. He knows MGK was a guest but he was just a guest because MGK’s people contacted WWE. Owens says MGK wanted to be a hero and asks who that reminds us of – John Cena. Owens says MGK doesn’t belong on RAW but he, Owens, does. Owens knows he belongs because he’s felt that way since he was born. Owens says the attack would not have happened if Cena was there so Owens could deal with him instead.

* Cole brings up Cena giving Owens props in the ring after their match at Money In the Bank and says he would be proud if that was him. Owens says they are two different people. He knows the match was great because he’s been having great matches for 15 years. Owens was proud of Cena saying he respected him but he was proud when Cena told him that backstage at a RAW in February, not Sunday night after their match. Owens says that wasn’t Cena trying to be nice or show him respect, that was Cena trying to hog the spotlight.

* Cole asks where the chip on Owens’ shoulder comes from. Owens doesn’t think it’s a chip. Owens takes offense to Cole saying his first WWE match was against Cena and says he’s been defending the NXT Title with pride for months now. Owens says when he signed his contract, it didn’t say he was signing to NXT, it said he was signing to WWE. Owens considers himself a part of WWE. Owens says he’s been killing himself and working hard to bring pride to the NXT Title. He disagrees, he doesn’t have a chip on his shoulder, he’s just doing what he feels he needs to do to provide for his family and to make his career better.