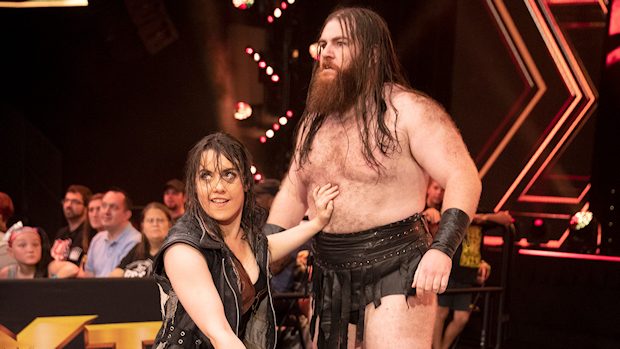 SAnitY may no longer be a faction, but Killian Dain and Nikki Cross have vowed to stay together forever.

The WWE Superstars held their wedding ceremony on Friday in Glasgow, Scotland. The happy couple had several NXT and NXT UK Superstars and coaches in attendance as they officially tied the knot.

Very rare 2 genuine people achieve their dreams together! So pleased to have been a witness to their success! @killiandain @nikkicrosswwe #happilyeverafter

Dain and Cross actually got married last January. They announced their marriage in January via Twitter as Cross shared a photo of their wedding bands alongside a picture of herself and Dain from 2008. Both posts, however, have since been deleted.