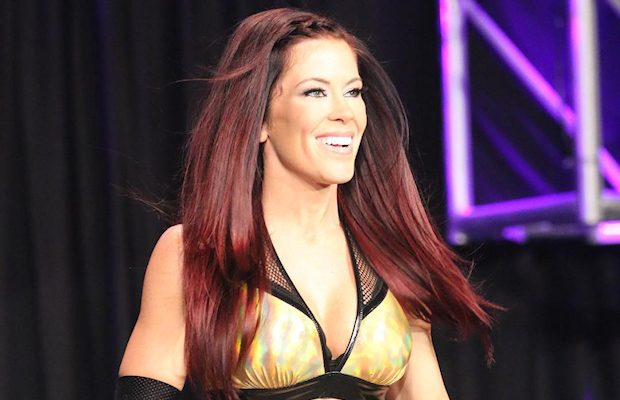 – As expected, Madison Rayne’s latest stint in IMPACT Wrestling has officially come to an end.

Earlier this week, her profile on ImpactWrestling.com was removed from the Knockouts roster and placed among the Alumni.

A week later, WWE announced that she would compete as Ashley Rayne in Mae Young Classic 2018.

– In association with Xcite Wrestling, IMPACT Wrestling will hold their next One Night Only pay-per-view event taping this Saturday in Binghamton, New York at American Legion Post 80. The event is officially titled “One Night Only: Night of the Dummies” and tickets are currently on sale at xcitewrestling.com.

Rebel has announced that she will be facing Alisha Edwards at the event.

Alisha recently broke out on her own after generally being attached to angles involving her husband, Eddie Edwards. On August 2, she revealed to Alicia Atout that she was putting her personal life to the side to focus on the Knockouts division. She returned to action the following week on IMPACT, losing to Tessa Blanchard. She had her second match on last night’s show, which resulted in a loss to Kiera Hogan.

Prior to her match, Alisha thanked Moose for returning to save Eddie from a vicious beatdown at the hands of Austin Aries and Killer Kross.

To go along with her return to action, Alisha also has a new theme song.