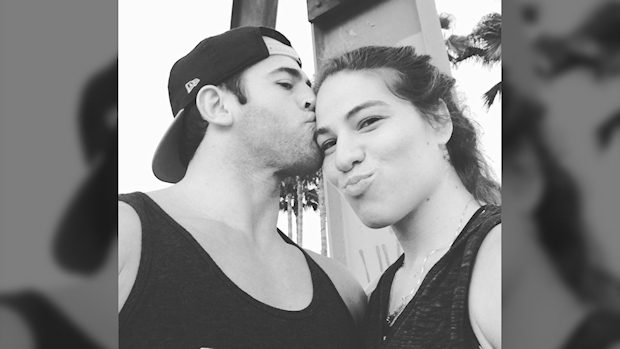 Another WWE couple has tied the knot.

NXT Superstars Roderick Strong and Marina Shafir got married on Wednesday in Orlando, Florida, according to WWE.com and Dave Meltzer in the Wrestling Observer Newsletter.

Strong — real name Christopher Lindsey — and Shafir had been engaged since December 2015 and welcomed their first child (Troy Veniamin Lindsey) in April 2017.

Shafir, who joined the WWE Performance Center in May, shared a photo of the couple’s wedding bands on her Instagram Story.

And now that it’s all complete.. we go and take over our worlds my loves ❤️ #TheStrongs Photos by @layziethesavage

The wedding was attended by many of their friends in wrestling. Indie wrestler Britt Baker (Adam Cole’s girlfriend) shared a video from the reception, which shows Roderick on the dance floor while an Elvis impersonator performs and Otis Dozovic dances alone with his shirt barely buttoned.

Such a wedding day. We love you guys and welcome to married life @MarinaShafir @roderickstrong 💚💚💚💚💚 pic.twitter.com/pOC8a42XmO

According to Meltzer, Ronda Rousey left WWE’s ongoing European tour after Raw to attend the wedding.

On another note, Shafir could be injured as her Instagram Story shows Strong pushing her in a wheelchair at Disney World.