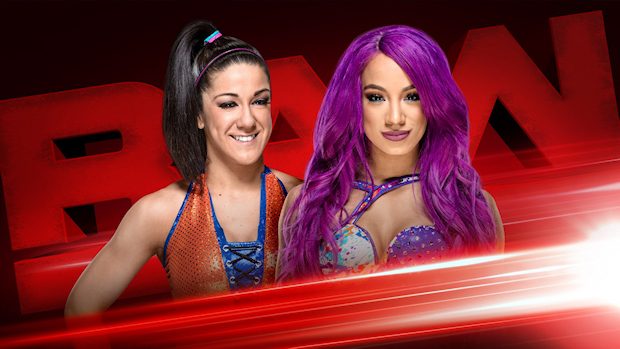 Monday Night Raw, “Live” from Jacksonville Florida. Be sure to tune in for some great match ups. #itstrue

In a rematch from last week, Sasha Banks and Bayley will take on The Riott Squad (Liv Morgan and Sarah Logan). Banks and Bayley scored the win after putting Morgan down with a combination of a Backstabber into a Bayley-to-Belly.

Following the match, “The Boss ‘n’ Hug Connection said in a backstage interview that they’ve put their problems behind them.

After picking up a win over “Woken” Matt Hardy and Bray Wyatt on Raw last week, Scott Dawson and Dash Wilder said they’re the best team on the planet. The Revival will take on Raw Tag Team Champions The B-Team tomorrow night on Raw.

Two other matches have already been announced for Raw tomorrow night. Ronda Rousey will go one-on-one with Alicia Fox as she competes on Raw for the first time ever, and Bobby Roode takes on Mojo Rawley.