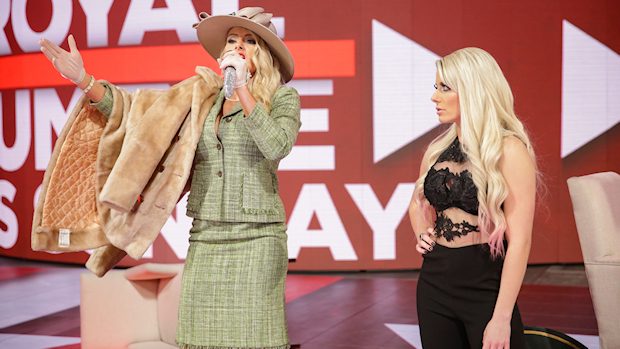 For the second straight week, “A Moment of Bliss” played host to an appearance from an NXT veteran, though luckily it was neither member of Heavy Machinery this time. The Superstar in question was Lacey Evans, making her most prominent Raw appearance to date at the end of a contentious confrontation between several previously announced contestants in the Women’s Royal Rumble Match.

“The Lady of NXT” made her appearance known after almost the entire Women’s division brawled their way from the stage to the locker room area and stole the thunder from Alexa Bliss herself, who announced her return to in-ring competition by throwing her own hat in the Rumble. Looking down her nose at the “nasty, classless little girls” and “sawed-off, little girly runt” at her side, Evans announced her own entry into the contest and promised victory.

This brings the total number of confirmed participants to 23. Those previously announced include: