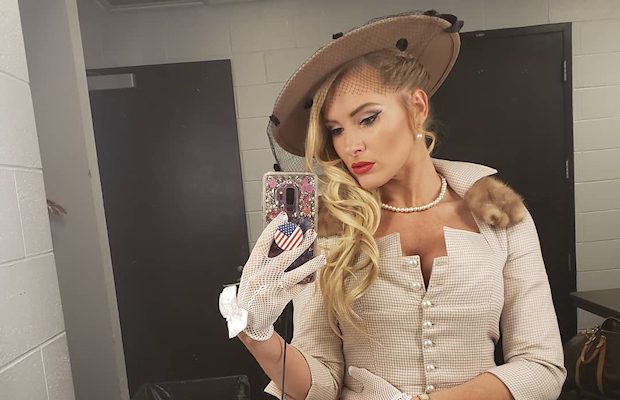 In the days after the leak, explicit material ranging from X-rated videos to topless bathroom selfies featuring other current or former WWE Superstars began to surface online. The victims included Kaitlyn, Maria Kanellis, Melina Perez, Summer Rae, and Victoria. Summer Rae was on the WWE roster at the time of the leak as she got released the following October. Kanellis was not, but returned to WWE in June 2017.

Naturally, this has fans wondering if Evans, who was on the NXT roster at the time, is one of the leak victims. While it seems possible that naked photos of the WWE Superstar could leak online since she’s not too shy about showing some skin, it hasn’t happened … yet.