What's The Connection Between Lars Sullivan and Brock Lesnar? - PWPIX.net

What’s The Connection Between Lars Sullivan and Brock Lesnar? 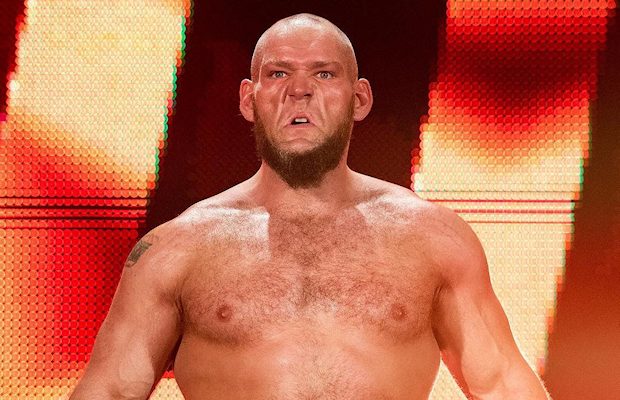 It looks like Lars Sullivan wants a match with Brock Lesnar.

Sullivan’s representative, William Christensen, relayed a message from the injured NXT Superstar regarding Lesnar’s appearance at UFC 226 on Saturday night.

After Daniel Cormier knocked Stipe Miocic out in the first round to become both the UFC Light Heavyweight Champion and UFC Heavyweight Champion, he called out Lesnar and invited him into the Octagon. Brock immediately shoved the new champ across the cage before delivering a profanity-laden tirade on the microphone.

Sullivan says that while he doesn’t condone Lesnar’s actions, he respects his enthusiasm to compete.

William Christensen here to relay a message from Mr. Sullivan. Lars says that while he doesn't condone Brock Lesnar's actions, he respects his enthusiasm to compete. Thank you – WC

Sullivan then indicated that he wants a match with “The Beast” by posting these photos of them side-by-side.

There’s actually a personal connection between the two.

At WrestleMania 31 on March 29, 2015, Seth Rollins cashed in his Money in the Bank contract and beat Lesnar and Roman Reigns to become WWE World Heavyweight Champion. Sullivan attended the event since he made his wrestling debut earlier in the day at WrestleMania 31 Axxess, beating Marcus Louis.