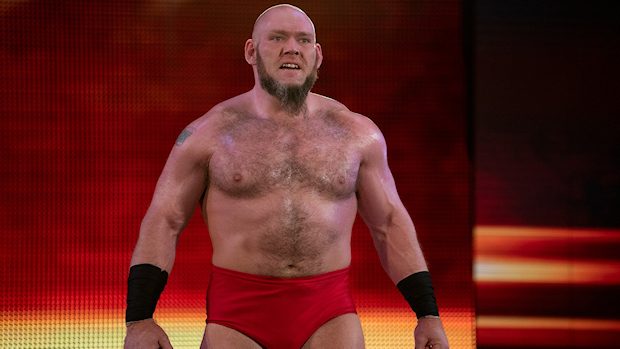 WWE issued a statement on Tuesday announcing that Dylan Miley, who performs as Lars Sullivan, has been fined $100,000 for “offensive commentary uncovered from his past.”

Miley will also be required to complete sensitivity training for his remarks.
WWE will facilitate meetings for Miley with community organizations to foster further discussion around the power of social media and the impact of words.

The statement, which WWE issued to Wrestling Inc., Forbes, and other media outlets, reads, “WWE supports a culture of inclusion regardless of gender, race, religion or sexual orientation, and we are committed to embracing all individuals as demonstrated by the diversity of our employees, performers and fans worldwide.

“Dylan Miley (aka Lars Sullivan) will be fined $100,000 and required to complete sensitivity training for offensive commentary uncovered from his past. WWE will also facilitate meetings for Dylan with community organizations to foster further discussion around the power of social media and the impact of your words.”

The $100,000 penalty is real, according to Dave Meltzer on Wrestling Observer Radio on Wednesday, and is likely close to what Miley made performing in NXT last year. It’s not confirmed how Miley will pay the fine, but it could be deducted in increments from future paychecks.

The amount is believed to be the second highest in WWE history, behind only the $150,000 Steve Austin was fined for walking out in 2002. It would be equal to Batista being fined in 2008 for blading during a match against Chris Jericho at Cyber Sunday after being told not to.

As for why WWE picked that amount, Meltzer believes it is because once word got to sponsors about Miley’s comments, the company knew it had to take strong action. However, they don’t want to fire him since they think he has a lot of potential.

“There were some sponsors that complained, and WWE felt that it had to publicly take action. I think that they had to take really, really strong action to keep him because they didn’t want to fire him. So they had to do something that looked like, ‘We’re really sticking it to him,’ to keep him. They think a lot of his potential,” Meltzer said.

Titus O’Neil said Wednesday on Twitter that Miley apologized to him and other people on the WWE roster for his past remarks. Miley also sought guidance on “how to move forward in being a better human being,” which O’Neil applauds him for.

.@LarsSWWE I Applaud you for seeking out myself&Others on the @WWE Roster to not only Sincerely Apologize, But also seek Guidance as to how to move forward in being a Better Human Being than you were 9years ago. Nobody is Perfect Including Thank you @VinceMcMahon 4Taking action!!

Last Wednesday, a Reddit user compiled a comprehensive list of controversial remarks Miley made on the Bodybuilding.com message board. The sentiments expressed in the posts range from crass jokes to controversial views on race and other touchy topics. He also ripped a number of wrestlers that he now works with in WWE.

The remarks were made from 2007 to 2013, as Miley was a wrestling fan and aspiring bodybuilder at the time. Miley signed a developmental contract with WWE in late 2013 and he stopped posting entirely shortly thereafter.

Those who have followed Miley closely since his arrival to WWE would likely be aware of his remarks since it’s not a secret that he used to post on Bodybuilding.com. When it was announced that he was joining the main roster late last year, his remarks gained some attention on social media but weren’t covered on too many news sites. However, the situation blew up this time around after Big E addressed his comments on Twitter.

Big E responded to the fan by saying that a lot of people in WWE are aware of Miley’s comments. He indicated that could be a problem with his co-workers since many of them are minorities.

WWE issued a statement on behalf of Miley last Thursday in which he apologized for his remarks.

“There is no excuse for the inappropriate remarks that I made years ago. They do not reflect my personal beliefs nor who I am today, and I apologize to anyone I offended,” Miley stated.