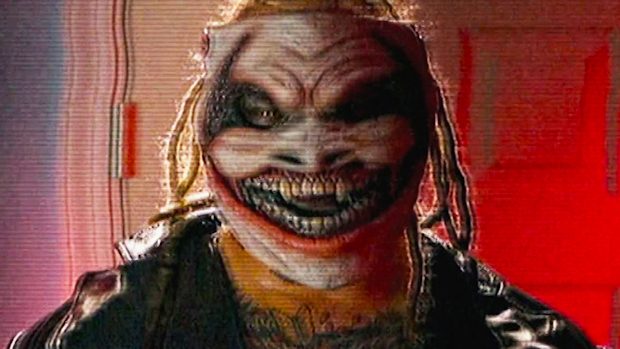 The latest installment of Bray Wyatt’s “Firefly Fun House” took its darkest turn to date on this week’s episode of Raw.

The eerie children’s show starts with the former WWE Champion welcoming everyone to his Fun House, but he’s nowhere to be found. After a quick look around, Bray appears with Mercy the Buzzard, Abby the Witch and even Rambling Rabbit, who was seemingly eaten last week.

Wyatt says he’s sure glad they found him because this week he has a secret. Abby says since he woke her up for this, it better be good. Mercy tells Bray to hurry up because he has stuff to do. Bray says it’s time to show the world what he’s “really” been working on but he can’t do it alone since he needs the help of all his fireflies.

Bray says the cheers warm his soul but not to worry because there’s still a lot of darkness in his noggin. He says this time is different and that he learned to harness and control it. Wyatt’s demeanor becomes solemn as he asks everyone if they want to see his secret. Bray turns around as all three puppets look on in shock.

The camera cuts to black before creepy images of dolls appear and Wyatt says “let me in.” Wyatt then appears as a ghoulish figure in striped pants, a leather duster, and a fanged mask. The segment ends with him saying “yowie wowie.”

Scarborough, who designed Wyatt’s mask, offered some revealing insight into the Firefly Fun House reinvention that’s seen him go from ice cold to white-hot within the space of a month.

A tweet revealed just how close Kyle A. Scarborough’s concept drawing was to the eventual horror show that appeared on Raw.

From concept to reality.
From the day I was asked to design @WWEBrayWyatt‘s mask to the work @bakingjason and his team put in not only the mask but the puppets and film work, I’ve been in awe.
We’re not finished.@THETomSavini#WWE #RAW #braywyatt #FireFlyFunHouse #ChangeTheGame pic.twitter.com/VLnXBCmYvb

In a lengthy post on Facebook, Scarborough explained further how the gimmick came to life, including some unexpected interactions with top WWE officials.

Noting that Wyatt called him direct several months ago saying he “needed” his help, Scarborough spoke on Wyatt’s excitement and desperation to get the character over the line.

Scarborough wrote, “He called me, and with the excitement of a child, ran off the long list of descripts and concepts, flooding my text messages with doodles and images.

“He had an idea in mind that needed help. He had the team of people to create the idea, but didn’t have the vision. I’ve never been more scared to take 20 ideas and details that showcased his thoughts (which putting it mildly, are about as close to insane as the character).”

Scarborough was thrilled to hear the news that he’d “saved Bray’s career” when Wyatt came back to him with feedback, particularly after Vince McMahon was shown the gimmick idea and approved it.

“My drawings were literally on the desk of Vince McMahon. VINCE MCMAHON saw my renderings to help give him a visual guide for Bray’s idea and it was green lit,” Scarborough wrote.

Delving further into the story, Scarborough spoke about the personal goals reached by working with Slipknot designers Jason Baker and Tom Savini, as well as reactions from friends, fans and — most revealingly, Wyatt himself.

“I had a text from Bray that simply read “Congrats brother. We changed wrestling forever.”

“I began to see messages from friends and other fans who shared the image of the televised segment…Of course I was a lifelong pro wrestling fan and Bray Wyatt was legitimately one of the only faces in wrestling that excited me to tune in.

“I still can’t process this fully. I was obligated to keep my trap shut til it debuted, so that’s my long-winded story.”

You can read the post in its entirety here.