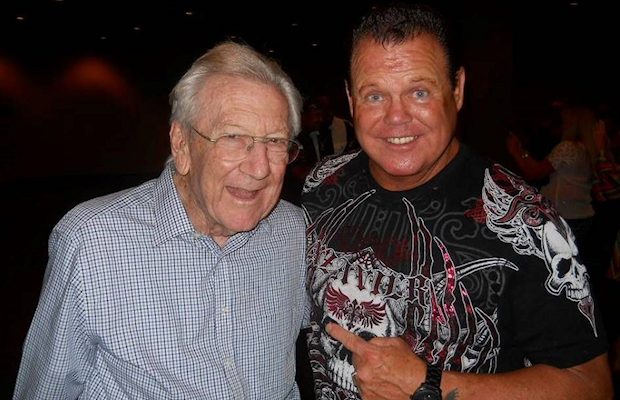 Legendary wrestling announcer Lance Russell has passed away at the age of 91. The Voice of Memphis Wrestling reportedly passed away at around 2:30am this morning.

Below are comments from WWE Hall of Famer Jerry Lawler, who was close with Russell, along with a photo of the two from a few weeks back. You can also see videos from Russell’s career below:

Hey All, wanted to share the sad news that dad passed away this morning. You all have been a blessing in this difficult time. Thank You!!!

My first time eating at Jerry's new place!! I highly recommend it. Thank you King!! pic.twitter.com/V4znyvUcYJ

Memphis Wrestling Legend, Lance Russell passed away today. The wrestling world and I have lost a great friend. Condolences to his family. https://t.co/OD1uMUuqRY

My dear friend and greatest wrestling commentator ever, Lance Russell passed away this morning. I would have never been without him. R.I.P. pic.twitter.com/bD4AlK5dsF