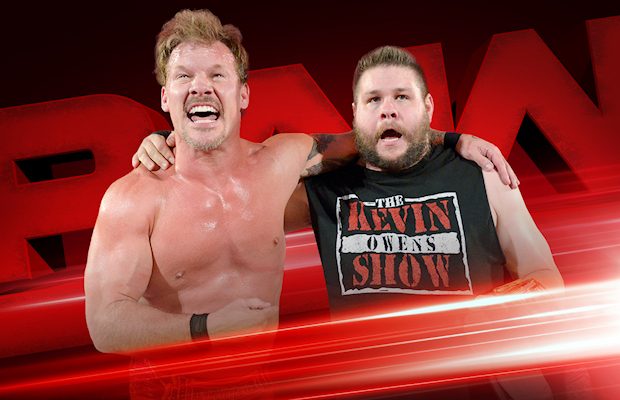 Thanks to Rory for the following WWE RAW spoilers from today’s tapings in Glasgow, Scotland:

* Stephanie McMahon kicks off RAW with Braun Strowman, Chris Jericho, WWE Universal Champion Kevin Owens and WWE United States Champion Roman Reigns. She revels the fifth member of Team RAW at Survivor Series and out comes Seth Rollins. Decent pop for everyone but Reigns. This leads to tonight’s main event being made – Fatal 5 Way with Reigns vs. Strowman vs. Rollins vs. Owens vs. Jericho

* Sin Cara and Rich Swann vs. RAW Cruiserweight Champion The Brian Kendrick and Noam Dar is next. Huge pop for Dar in his debut, lots of loud ICW chants. Cara and Swann get the win

* Team RAW is revealed to be RAW Women’s Champion Charlotte Flair, Bayley, Alicia Fox, Nia Jax and Sasha Banks. This segment was hijacked by the crowd with Bayley chants

Join us tonight for our detailed report.