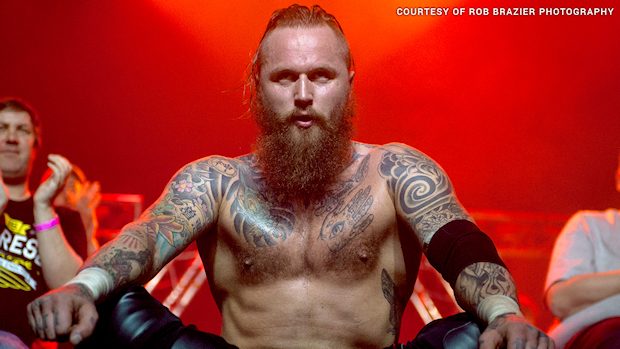 – Xavier Woods recently asked fans to create “Austin Creed” Superstars on the WWE 2K17 video game and in this new “UpUpDownDown” video, Woods shows off some of the best creations:

– As noted, WWE NXT General Manager William Regal is sending new recruit Tommy End to work the EVOLVE 72 and EVOLVE 73 events next weekend as Drew Galloway had to back out due to an injury. WWN Live announced today that End will make history as the first WWE-contracted talent to wrestle in an EVOLVE ring. WWN also announced that End will face Tony Nese at EVOLVE 72 in Queens on November 12th and then he will face Tracy Williams at EVOLVE 73 in Joppa, MD on November 13th. As noted, End’s matches will be for the live crowd only.

– Paige is already back to working out in the gym, just a few weeks after having neck surgery. She tweeted the following today, noting that the neck brace will be on when she’s working out:

Ready for the gym. Neck brace will be on don't worry 😉 but feeling happy and healthy! pic.twitter.com/rmD6QXlGw0