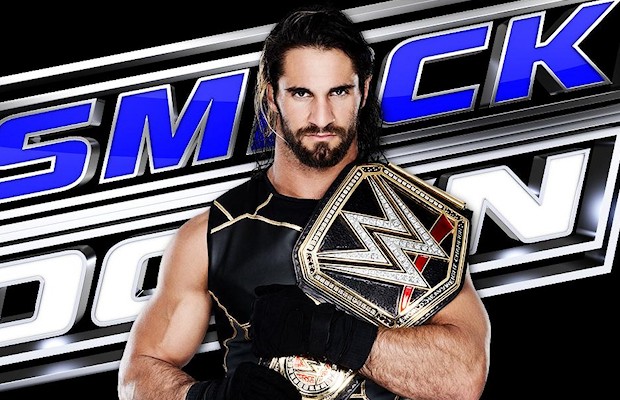 – Thanks to Jay Linski for the following WWE SmackDown spoilers from tonight’s tapings in Milwaukee:

* Seth Rollins starts the show. The destroyed Cadillac is brought out and Paul Heyman interrupts. Rollins and Heyman trade promos about Brock Lesnar and Battleground.

* Roman Reigns vs. Big Show and Rollins vs. Ryback in a Champion vs. Champion match is announced for later.

* Dean Ambrose defeated Bo Dallas with Dirty Deeds. The crowd started mild on this match and there was a big botch by Ambrose at one point.

* Roman Reigns vs. Big Show was next. Bray Wyatt’s music hit and he came down during the match. Reigns stayed in the ring but the Wyatt on the ramp was a decoy, the real Wyatt attacked Reigns from behind for the disqualification. Wyatt hit two Sister Abigails on Reigns.

* They show a vignette of the Cadillac being destroyed on RAW.

* Randy Orton comes out and cuts a promo on Sheamus. The Ascension interrupts and tells Orton to get out of their ring. They get RKOs for their troubles.

* Brie Bella and Alicia Fox defeated Naomi and Tamina Snuka in a 4 minute match with a screwy finish.

* Ryback defeated Seth Rollins by count out when Rollins jumped the barrier and ran away towards the ramp. At one point Ryback held Rollins in the air for a good 45 seconds. Big Show came out to help Rollins beat Ryback down after the match but Roman Reigns made the save to end the show.