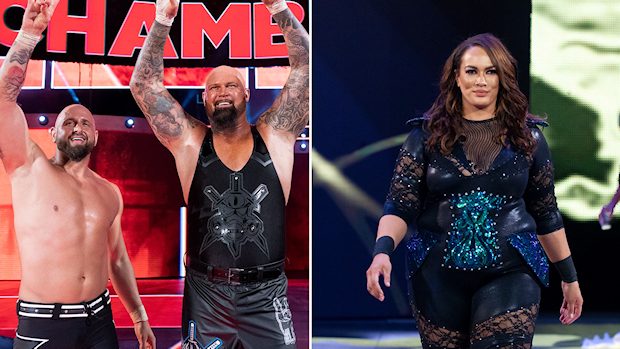 Luke Gallows and Nia Jax have ended the relationship … after one day.

The SmackDown LIVE Superstar took to Twitter on Tuesday to break the sad news to the WWE Universe.

The rigors of high profile relationships are grueling, it’s with a heavy heart that I have to announce that @NiaJaxWWE & I have mutually decided to part ways. Thank you for respecting our privacy during these trying times. #onedayrelationship #sadday

He then tweeted this “sad” photo of himself.

As SummerSlam was taking place, Gallows took to Twitter to announce that he’s dating Jax.

Not to be weird, but with a strong heart I have to report….I’ m dating Nia Jax 🤘🏻🤘🏻@NiaJaxWWE

He followed up his tweet by posting a photo of Jax.

Jax responded to Gallows’ break-up announcement, which shows that it was all just a joke.

On the latest edition of WWE Now, Cathy Kelley looks back through the highs and lows of Gallows and Jax’s incredible — and incredibly short — Twitter romance.