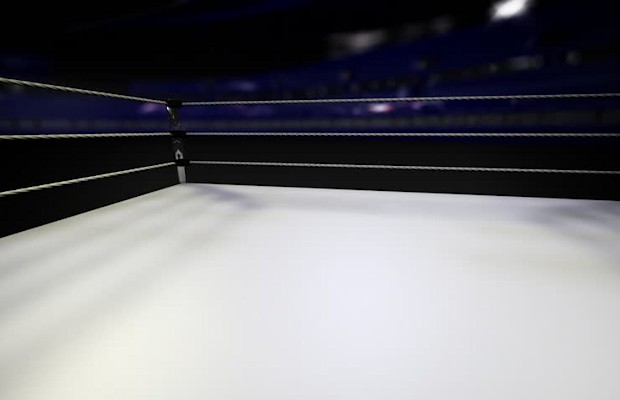 On Sunday, Joe Lanza, a writer and podcast host for VoiceOfWrestling.com, sent out this cryptic tweet: “A major wrestling related story that has hidden beneath the surface is starting to poke its head out of the water,and is going to break soon.”

Lanza, however, doesn’t want to attach his name to the story. He says it involves someone working “full time in the wrestling business and reputation(s?) will be ruined.” He hopes for the person’s sake, the story is never broken.

Since Lanza has broken a few newsworthy stories in the last two years, his tweet is drawing a lot of attention. He released this statement Monday discussing the cryptic tweet and promising to never address the topic again.

Seems the Tweet I made from my personal account has caused quite the stir. I will address it here, and then never address it again.

I am not a journalist and have never claimed to be. I do a podcast, write reviews, and a few times per year when the situation is right, our site or our podcast will break the occasional news story (the infamous Dixie email, Steen signing with WWE, Ibushi to EVOLVE/Kaiju, Candice/GFW no show drama, PWS stuff, the end of DGUSA, etc). We are not and have never claimed to be a news site. Tons of hard news & rumors finds our DM box that we choose to sit on, and there are people reading this right now who know full well that we (myself & Rich) sit on TONS of “scoops”, especially when specifically asked not to speak about it. If we wanted to be a news site or hunt for cheap clicks, we could very easily do so.

The story I Tweeted about has been cooking for months, and somehow stayed quiet. It is now making the rounds, and being hinted about publicly. I am not going to break it. I have no interest in breaking it for a variety of reasons. It would drive CLICKS for sure, but it isn’t my place to report it and it isn’t what we do here. My belief is that it will come out soon because the person has enemies (to be fair, who doesn’t?) who will find a some pleasure in outing it. That won’t be me.

People are running wild with it on places like Wreddit. Your mileage on the word “major” may vary. I feel like it’s a major story because it involves someone who works full time in the wrestling business and reputation(s?) will be ruined. Some may not consider it a “major” story.

There are people who will read this who are aware of the situation. This is not me asking them to back me up or to out themselves. In fact, I prefer that they don’t confirm or break it here, because I want no connection to this for a number of reasons. I may have underestimated the power of Twitter or my own reputation as a news source in peoples eyes when I made the Tweet. I made it from my personal account, and figured my friends would see it and didn’t think it would cause much of a stir. That was stupid, but at this point it’s whatever, because the toothpaste cant be put back in the tube.

I won’t ever speak about it again. If/when (more like when) it comes out, I’m not going to claim to have broken it, or confirm it as being what I was talking about or anything like that. I made the Tweet, I have to own that, but I want nothing to do with actually breaking the news or claiming I instigated it breaking. If I was interested in that, I’d simply write the story and publish it here.

So that’s that. Sorry for working everybody up. And I said this on Twitter, but I’ll say it here too. If you followed me based on that tweet, you are welcomed to stick around, but I am never tweeting a follow up and I almost never tweet about wrestling. That account is extremely boring unless you like college basketball and Reds baseball. Might as well unfollow. I wasn’t looking for cheap Twitter follows.