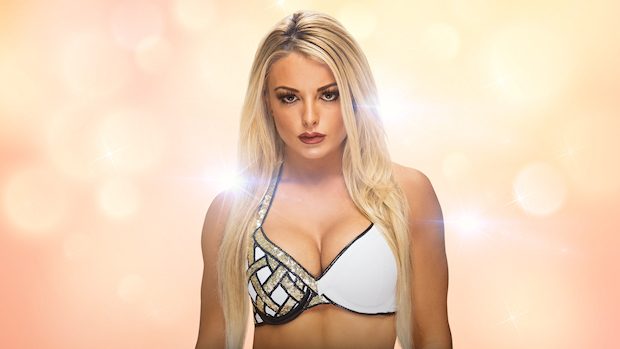 Has Mandy Rose gotten engaged to a WWE wrestler?

On January 15, 2018, Otis Dozovic of Heavy Machinery tweeted this bikini photo of Rose (which she tweeted herself the day before) and called her his future wife.

He tweeted another photo of Rose on January 17, 2018, calling her his future wife while adding that he’s “one lucky man.”

To end the confusion, this is simply wishful thinking by Dozovic as he told WWE.com that one of his New Year’s Resolutions for 2018 is to marry Rose. They are, however, friends.

Rose responded to Dozovic on Twitter with the following:

Rose was actually engaged as recently as 2016 to Michael Lubic, a New York restaurateur she dated for at least five years by then. Lubic posted this photo of Rose showing off her engagement ring.

The engagement was called off and they broke up. Lubic is now dating another woman whereas Rose is dating NXT Superstar Tino Sabbatelli. There’s no word yet if Rose and Sabbatelli are engaged.

Hot Photos Of Mandy Rose’s Booty →
Mandy Rose has a great ass and she’s not afraid to flaunt it. Check out these hot shots of “The Golden Goddess” showing off her booty…

Hot Photos Of Mandy Rose In A Bikini →
With temps on the rise, Mandy Rose pours on the heat in this gallery of bikini photos…

Hot Mandy Rose Photos You Need To See →
Mandy Rose proves why she might be the hottest woman in WWE in these photos that show her wearing very little, and leaving even less to the imagination. Check out these hot photos…

See All Mandy Rose Photos →
Mandy Rose on PWPIX.net, your go-to source for the best photos of “The Golden Goddess”…