Who Is The Latest Wrestler To Make His WWE NXT In-Ring Debut? 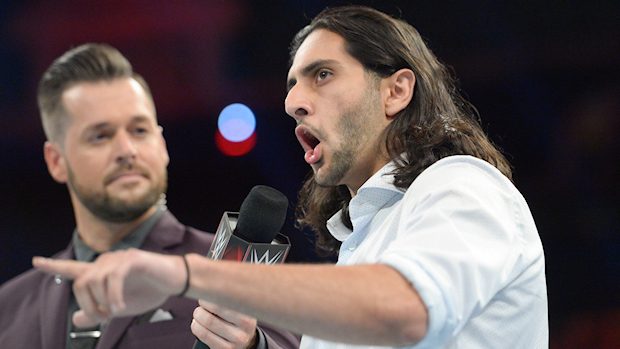 This past April at the Greatest Royal Rumble, four Saudi Arabian WWE prospects brought the sold-out crowd in Jeddah to its feet by ejecting Shawn and Ariya Daivari from the ring.

One prospect earned a WWE development contract following the appearance and he made his in-ring debut at Thursday’s NXT live event in Crystal River, Florida.

That prospect’s name is Mansoor Al-Shehail and he lost to Luke Menzies in his first wrestling outing for NXT.

Breaking – @MannyFaberino just made his @WWENXT debut at #NXTCrystalRiver. He’s the one that cut that 🔥🔥🔥 promo at the Greatest Royal Rumble in Saudi. pic.twitter.com/tRCV6lnyJs

Al-Shehail, who stands 6 feet tall and weighs 175 pounds, actually comes from the California independent wrestling scene and has about three years of experience. He worked under the name Manny Faberino. According to Cagematch.net, Al-Shehail wrestled at an independent show in Pacheco, California on August 25, which indicates that he recently arrived in Florida to begin working for WWE.

Here is a highlight reel of his work.

It’s unclear what name he wrestled under for his NXT debut. At the Greatest Royal Rumble, he was introduced as Mansoor, so that may be his name going forward.