Home / Wrestling News / Diva News / Maryse on Being Back with The Miz (Video), The Vaudevillains React (Video), Shinsuke Nakamura

Maryse on Being Back with The Miz (Video), The Vaudevillains React (Video), Shinsuke Nakamura 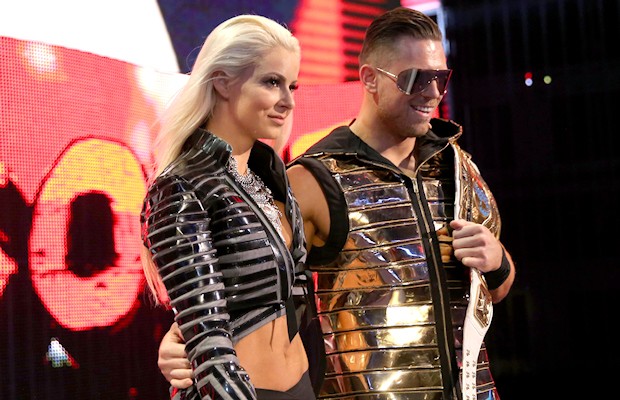 – This Fallout video from last night’s WWE SmackDown features Maryse and WWE Intercontinental Champion The Miz. Maryse says her husband is the man and that’s why she married him. Maryse says they are both stars and combined together, they are the “it” couple.

– Shinsuke Nakamura made his WWE NXT live event debut at last night’s show in Concord, North Carolina. He teamed with NXT Champion Finn Balor to defeat Tye Dillinger and Baron Corbin in the main event. Nakamura is expected to be a regular on the NXT live event tours.

– This SmackDown Fallout features The Vaudevillains after their debut over The Lucha Dragons. Simon Gotch and Aiden English tell Rich Brennan that they’re here to show that they are the last two real men left on Earth and to remind WWE that what is old, is new again.