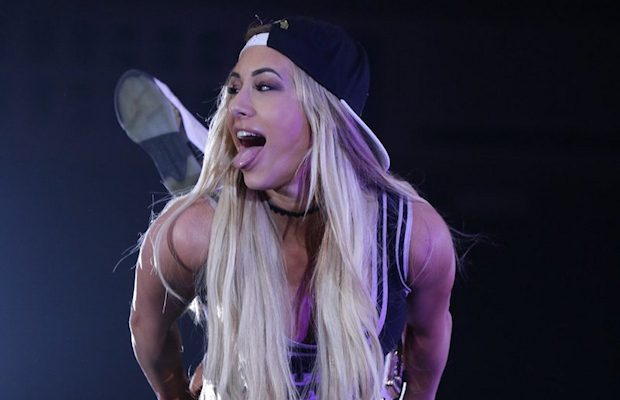 — These aren’t old photos as Carmella is blonde once again.

— In this clip from the latest episode of Miz and Mrs., The Miz tries to get Monroe to her morning class after a night of partying.

— WWE may not be done shaking things up as another tag team is likely moving to SmackDown LIVE.

According to John Pollock of POST Wrestling, AOP is scheduled to return to action “imminently” and will likely leave Raw for SmackDown LIVE.

AOP has been out of commission since January due to Akam’s recovery from knee surgery. During Akam’s time away from the ring, Rezar has been wrestling on his own at live events and on WWE Main Event, but not since March. He’s undefeated on Main Event with a record of 4-0. Rezar has beaten No Way Jose (twice), Tyler Breeze and Curt Hawkins.