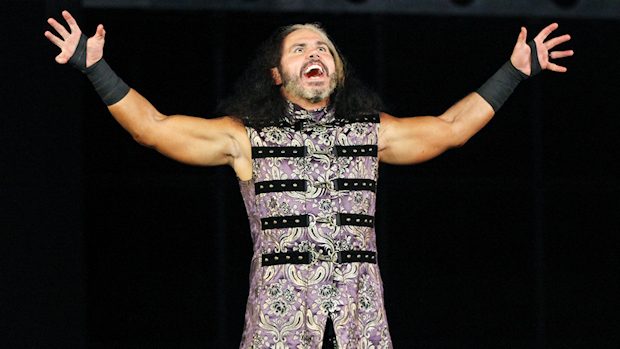 – Throughout the past week, Matt Hardy has been sending cryptic tweets that left some to wonder about his status with WWE. In a tweet on Saturday, Matt posted a video clip of a move he would do with brother Jeff called “Event Omega.” He then said that doing the flying leg drop “is most likely the reason that I’ve recently learned that my lower back and pelvis have started fusing together.”

– The latest WWE Network Pick of the Week comes from Elias, who selects the creation of his groundbreaking new album, “Walk With Elias.”

– Dasha Fuentes will likely be off SmackDown LIVE for a while after suffering an Achilles tendon injury. On Friday, she posted a photo of herself in the hospital after undergoing surgery to repair the issue.

Fuentes gave a post-surgery update today via Instagram and said that she wants to get back to work as soon as possible.

Feeling great, but can you tell I’m ridiculously bored lol 🤪🤘🏽🤗😂🤣😂 I tried scrubbing the iodine off in the bath, but my attempts were unsuccessful 🤔 Any ideas??? Isopropyl alcohol possibly??? What ya think??? Don’t worry I’m resting and behaving Bc I want to get back to work as soon as possible even though staying still is killing me. 🤪💃🏽 I’m not a fan of medicine so no pain pills for me and thank goodness because I haven’t needed them!!! #WWE #SDLive #Raw #205Live