Did Mauro Ranallo Leave WWE Because Of JBL? 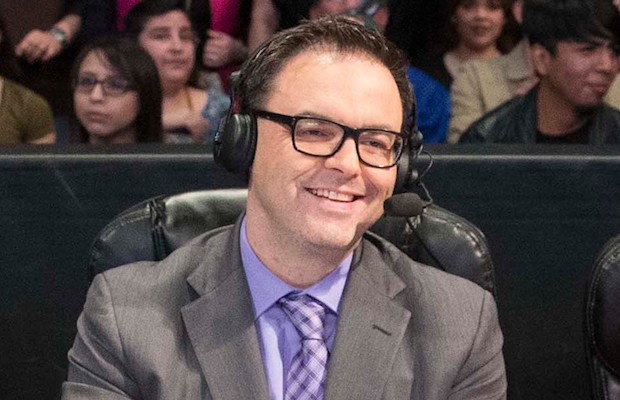 According to the report, Ranallo’s primary issues were not with John “Bradshaw” Layfield (JBL), but with the culture in place at the time headed by Vince McMahon. Layfield was part of the problem, but not the key part of it.

Layfield’s remarks on Ranallo on the WWE Network show Bring It To The Table were the straw that broke the camel’s back in a situation that has been resolved enough to where Ranallo returned for NXT with the proviso he’s working and reporting to Michael Cole and Paul “Triple H” Levesque, neither of whom he ever had any problems with and they were the two people who recruited him into the company in the first place. But Layfield’s comments either were approved or directly came from above.

On the March 13 episode of Bring It To The Table, Layfield ranted on Ranallo tweeting the results of the Wrestling Observer Announcer of the Year Awards. Ranallo won and commented on how he was honored to have won the award two years in a row. The results list featured the top 10 placements for that category, with Layfield not making the top 10. People close to the situation said that things between Layfield and Ranallo had been building to that point. Layfield was said to be legitimately very upset about the awards mention and may have said something to him backstage.

Ranallo tweeted on March 13th, “Jealousy is one hell of a drug.” He did not indicate that this tweet was for Layfield but that’s how it was taken by many. Ranallo also re-tweeted several comments that were mocking Layfield’s tirade.

After Ranallo missed SmackDown LIVE for the first time the following day in Pittsburgh, Layfield took to Twitter and knocked Ranallo for missing the show. Then it was believed that Ranallo missed SmackDown LIVE due to bad weather in the Northeast part of the country but other announcers, such as Taz and Josh Mathews, were skeptical. Layfield tweeted, “I made the show, everyone made the show, everyone. Maybe he shouldn’t have bashed me if he wasn’t going to show up.” Layfield later deleted the tweet and hasn’t publicly commented on Ranallo since.

Prior to returning to WWE, Ranallo spoke to the Associated Press about his decision to walk away from his “dream job” on SmackDown LIVE. “I was willing to walk away from my dream job, let’s leave it at that,” he said. “In order for me to do that, I had to be true to my convictions and what makes you a human being.”

According to Meltzer, Layfield’s decision to leave WWE is unrelated to problems with Ranallo. It’s been said that Layfield made his decision to leave WWE 11 months ago when his contract expired, which would precede the Ranallo situation by several months. Others have said it was three months ago when he gave notice but nobody disputes that it was his choice and this isn’t part of the Ranallo fallout.