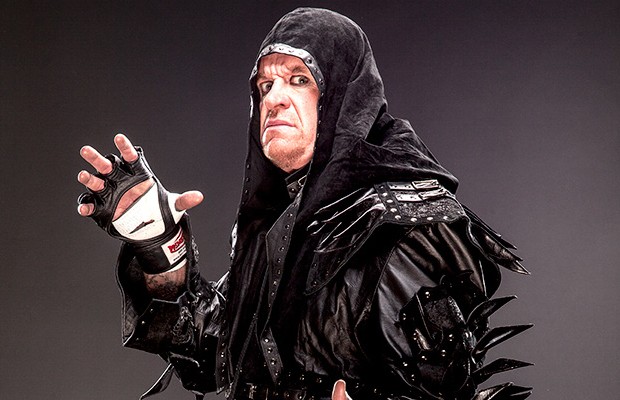 Before Mark Calaway made it big as The Undertaker in WWE, the future legend appeared down south for the Ted Turner-owned WCW.

Calaway’s arrival to World Championship Wrestling in 1989 was his big break in his professional wrestling career, which began five years earlier in Texas for World Class Championship Wrestling (WCCW). Portraying a heel, Calaway adopted the name “Mean” Mark Callous, a name concocted for him by Terry Funk. As his ring name indicated, he portrayed a morbid, dark character. As the character, he sported predominantly black wrestling attire, and was described by commentator Jim Ross as having a fondness for the music of Ozzy Osbourne and pet snakes.

Shortly after his debut for the Atlanta-based wrestling operation, Callous was saddled with Dan Spivey to replace Sid Vicious, who had gotten injured. Known as The Skyscrapers, the super-sized tandem drew notoriety at Clash of the Champions X: Texas Shootout on February 6, 1990 when they destroyed The Road Warriors after their contest. Both duos were slated to square off in a Chicago Street Fight three weeks later at the WrestleWar pay-per-view event, but Spivey bolted from the organization. The match went on as planned, with Callous and a masked replacement Skyscraper (Mike Enos, also know as Blake Beverly in the World Wrestling Federation) suffering a loss—the duo broke up shortly thereafter.

Guided by Paul E. Dangerously, Callous then became a singles wrestler. He got off to a strong start, with victories over ‘lyin’ Brian at Clash of the Champions XI: Coastal Crush and Johnny Ace at Capital Combat. On July 7, 1990 at The Great American Bash, Callous lost to Lex Luger in a match for the NWA United States Heavyweight Championship.

Following the defeat, Calaway disappeared from World Championship Wrestling after organization officials declined to renew his contract. He joined WWE that October and the rest is history.