Mick Foley Cleared To Undergo Hip Surgery, Will Need To Take Time Off From WWE Television 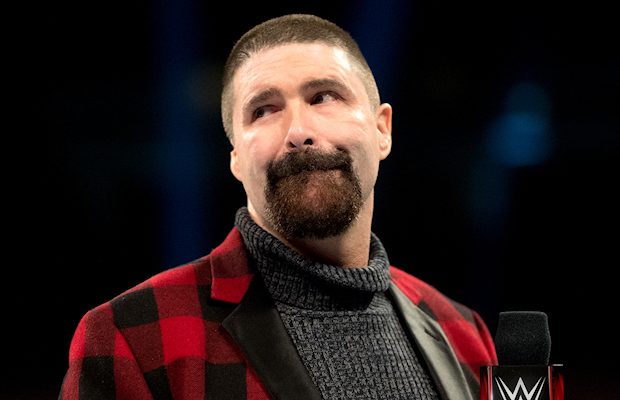 Mick Foley revealed on Wednesday that he got his health insurance back and is cleared to have the hip replacement surgery he’s been needing for a while. He will have his right hip replaced when he has a break from his schedule with WWE.

Foley noted in his post on Facebook that he will not be able to fly for six weeks after undergoing surgery due to potential blood clotting issues.

“The good news is that the GM position doesn’t offer much in the way of long-term job security – so that break might present itself as a natural course of events,” Foley wrote.

HIP HIP HOORAY!
I am cleared for hip surgery! It OK couple months, but I was able to get my health insurance back, and by getting my right hip replaced whenever I have a break in my schedule. The bad news is that a hip replacement will not allow me to fly for about six weeks, due to potential blood clotting issues – which can be fatal. Really nothing to play around with. The good news is that the GM position doesn’t offer much in the way of long-term job security – so that break might present itself as a natural course of events.

It turns out that dropping elbows off of ring aprons was not particularly good for my skeletal structure. While I defied The expectations of some wrestlers who predicted I would be in a wheelchair by the time I was 40, I certainly was having trouble getting around by the time I hit 50. While losing 100 pounds, and practicing DDP Yoga have been game-changers that have allowed me the opportunity to take on this job with all the travel it involves, I’m still having a difficult time getting around. Did not realize how noticeable my limping was until I watched these past Holy Foley episodes. Can you remember what the Godfather told us about limping, right? It ain’t easy!

Thank you for all your well-wishes. They are much appreciated. I have talked to several people who have had this operation, and they say it is like night and day. With one operation, long-term pain gives way to a much better quality of life. Hopefully that will be the case for me.

I will be keeping all of my scheduled bookings, including my appearance FEBRUARY 17-19 at the #PENSACON in #PENSACOLA.

Have a nice day!