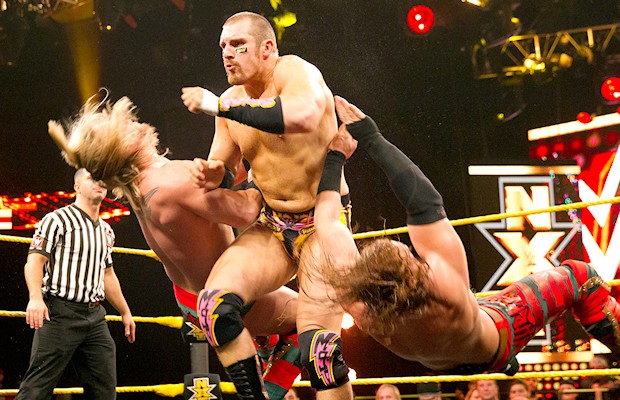 – In the video below, Mojo Rawley reacts to being drafted to SmackDown from WWE NXT in the Draft last night. Mojo was actually at a loss for words but said his call-up has been a long time coming. Mojo called it a very special moment for he and his family but said he’s ready.

– Last night’s live WWE Draft and SmackDown ranked #2 among series & specials for the night in Nielsen’s Twitter TV ratings, behind the Republican National Convention. SmackDown had 279,000 tweets with 49,000 unique authors. This up from the July 7th episode, which had 42,000 tweets and 15,000 authors.

– WWE posted this video of Alexa Bliss and the NXT roster at the Performance Center last night after her RAW draft pick was announced: