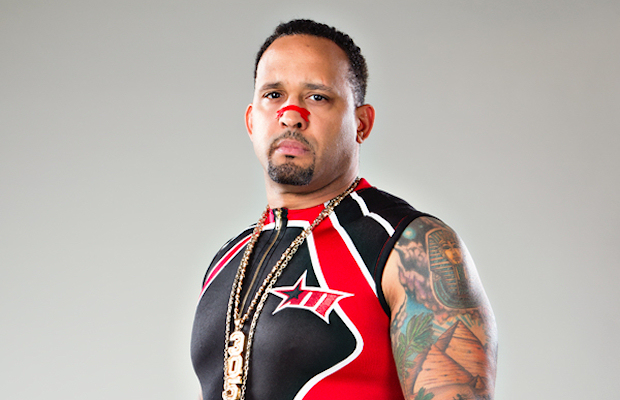 After MVP signed the most lucrative deal in SmackDown history in 2006, many fans expected the new WWE Superstar to be all talk, but the Miami native proved to be the real deal. MVP captured the United States Championship in May 2007. As champion, he did everything in his power to ensure the title would remain around his waist, including befriending possible threats. In August 2007, he teamed with rival Matt Hardy in an attempt to keep his foe from challenging for the prize. In an unusual development, the odd couple actually won the WWE Tag Team Championship in August 2007.

Unfortunately for MVP, his plan was flawed. In April 2008, after an ugly split between the two, Hardy beat MVP for the United States Championship. Upon being drafted to Raw in 2009, he formed a popular tag team with “The World’s Strongest Man,” Mark Henry. However, the 2010 WWE Supplemental Draft sent him back to SmackDown. Once there, he vied for the Intercontinental Championship and was part of the victorious Team Mysterio at the 2010 Survivor Series. July 18, 2015 – According to an official statement given through Twitter on July 18, TNA Wrestling has officially released MVP from his contract. As previously reported, MVP had teased that he was no longer with the company through social media before said statement, and it is believed that his release comes off of the heels of the legal dispute between TNA and Lucha Underground over superstar Hernandez.

According to PWInsider.com, MVP was the one brokering the deal between TNA and Hernandez, telling the company that they should go after him and use him in the Beat Down Crew on “IMPACT WRESTLING.” However, while MVP and Hernandez were saying that his Lucha Underground contract was up, it was in fact still in place, hindering him from legally working for TNA Wrestling at the moment.

This news came after TNA had already taped multiple segments for television including B.D.C. and Hernandez, which are now having to be edited out and replaced with old matches or other filler segments. MVP went to Twitter to give the official statement about his departure:

Official statement:
MVP and TNA have elected to go their separate ways. I wish them the best of luck in their future endeavors.

TNA’s John Gaburick would go on to also issue a similar statement:

We wish him the best in the future.