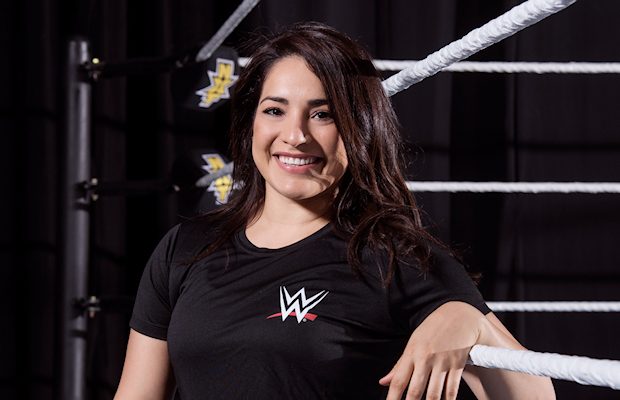 – As seen below, Fandango is featured in the new episode of Superstar Ink with host Corey Graves. The Breezango member discusses his full leg tattoos and more.

– Victoria Gonzalez is now using the name Reina Gonzalez in WWE NXT, according to Casey of Squared Circle Sirens. Gonzalez was signed in September 2016 after working a tryout in May. She is a second generation wrestler and a standout in girls high school basketball.

– Triple H remains in control of the WWE NXT TV tapings at Full Sail University as he tweeted the following backstage photo from last night’s “Takeover: Brooklyn III” go-home tapings. Remember to join us tonight for live spoilers from The Mae Young Classic at Full Sail.